My new hallway downstairs was in need of some artwork. I decided on a wall of family photos but average frames were just not going to cut it. I found the Eleanor plaque on Poppy Seed Projects and knew that another project was in order. I fell in love with the shape of this plaque. Each kit comes with an unfinished piece of wood to mount your photo on to. Along with print mounting glue and texturizing cream you can create a one of a kind piece that looks like canvas. Three kids, three frames and a summer full of photos to choose from and I had this… 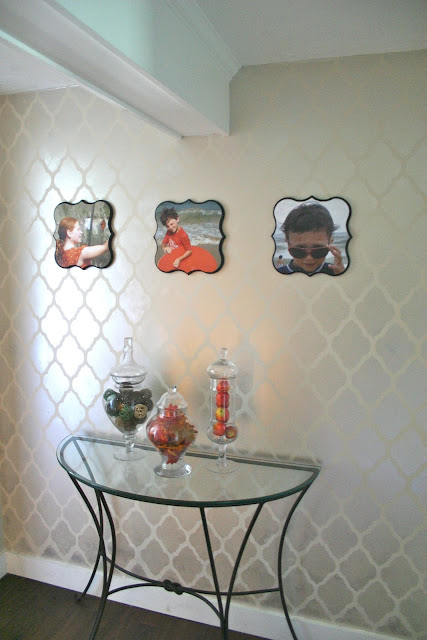 I had pictures printed out so the portion I wanted to cut out was large enough to fit the wood plaque. 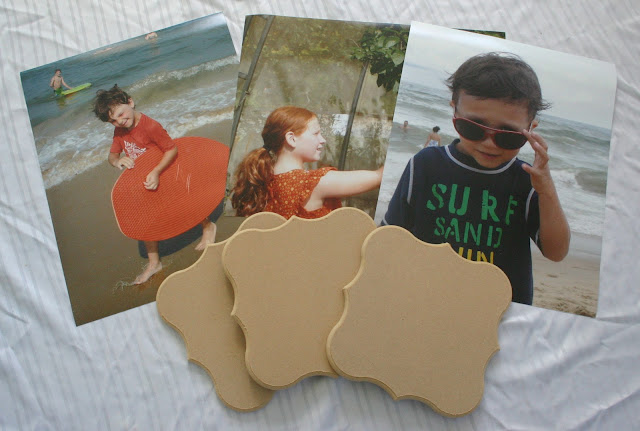 My first step was to then create a template. I wanted the pictures to go all the way to the edge of the scalloped piece and came up with an easy solution. I took a manilla folder and held it down over the piece while tracing the edge with the side of a pencil. This created a crease that I later was able to cut out using an exacto knife. 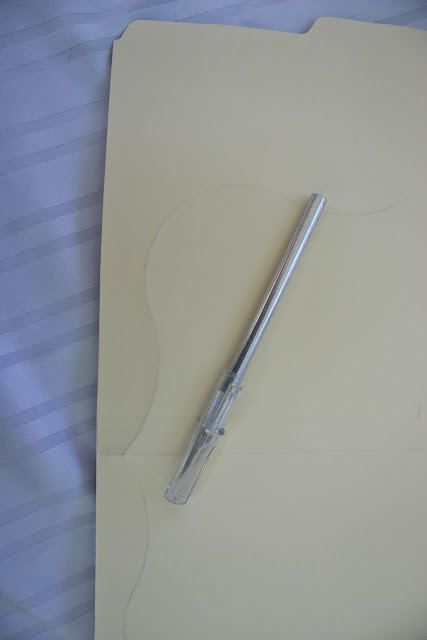 I then lightly sanded and painted the edge of the pieces. I choose black so that it would contrast against my lighter walls. 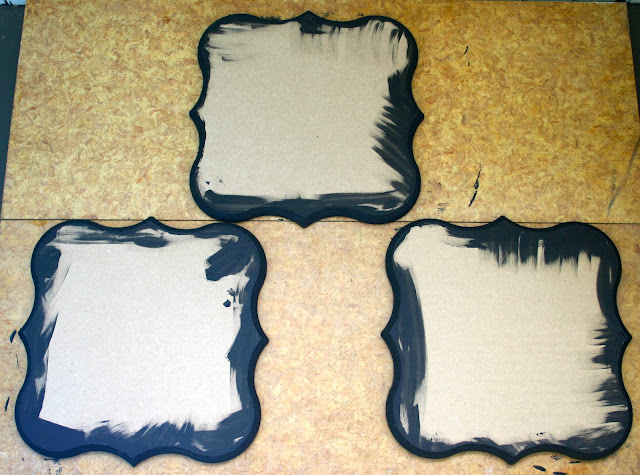 While the paint was drying I cut out each photograph. Using the frame left by cutting out the template I positioned it over each picture to get the layout I wanted. I traced the edge with a pencil and then cut each one out with an exacto knife. Scissors would work as well. This portion of the project took me the longest. 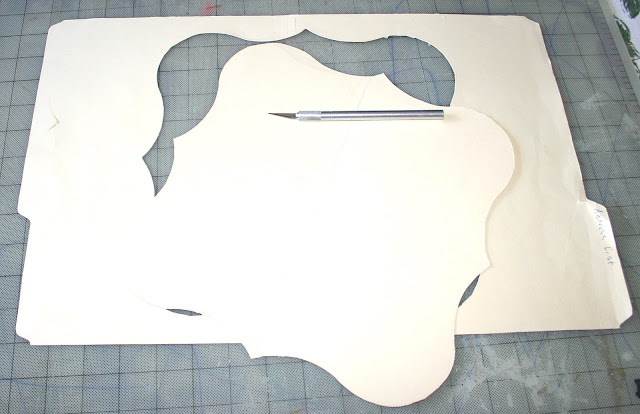 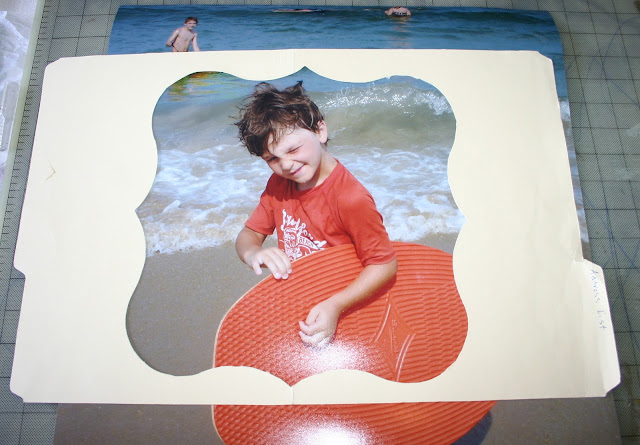 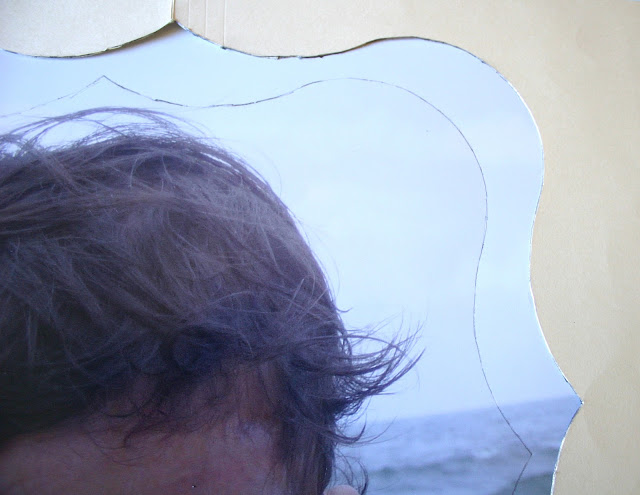 Once everything was cut I spread Mod Podge on the wood piece, all the way to the edge. Mod Podge dries clear so it didn’t matter if I went over the edge. I quickly placed the photograph on top and centered it. I did this for all three and let them dry overnight. 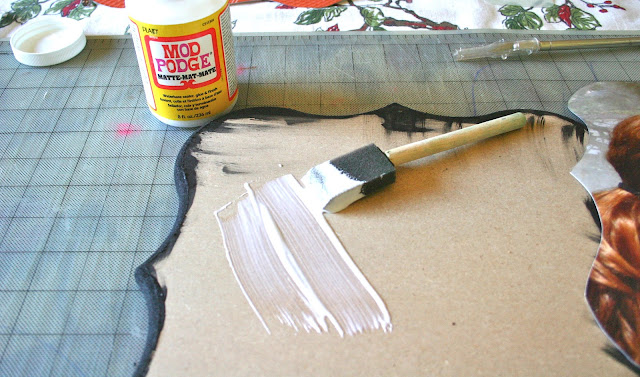 The last step was applying the photo texturizing cream. After reading through the instructions provided I chose the canvas method which required a foam roller. I poured the photo texturizing cream on a paper plate and rolled it out. A light coat was then applied to each piece rolling from top to bottom, making sure to not leave any lines. Once that was dry I applied the last layer, this time rolling from right to left. 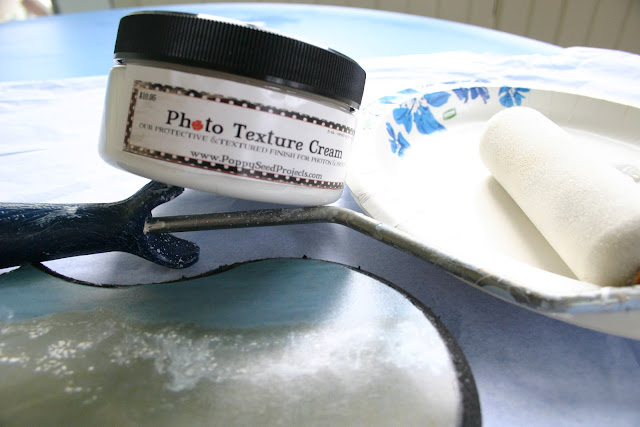 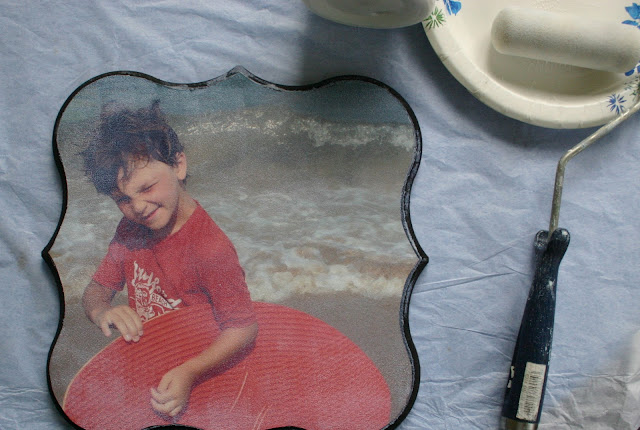 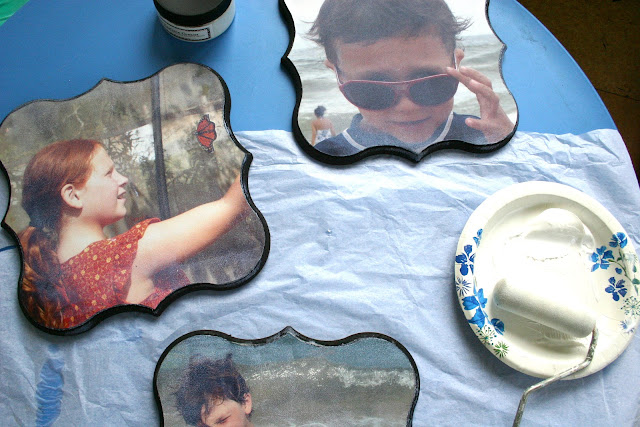 I then hung them up using 3M strips. They are light enough for this product and perfect for me since I’m always changing up my decor. They also helped me get over my stencilitus, which is what happens when you stencil a wall and then don’t want to ruin it by hammering nails into it! 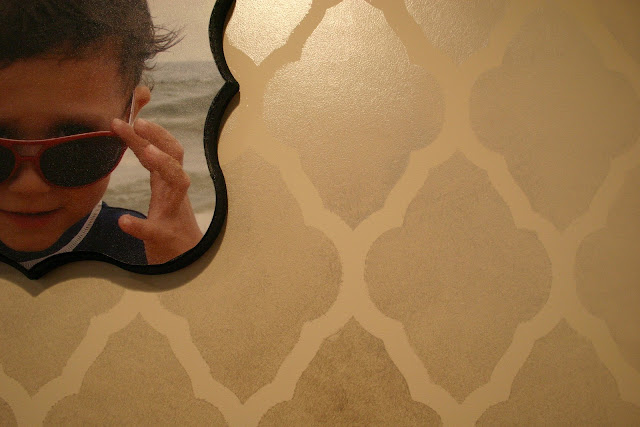 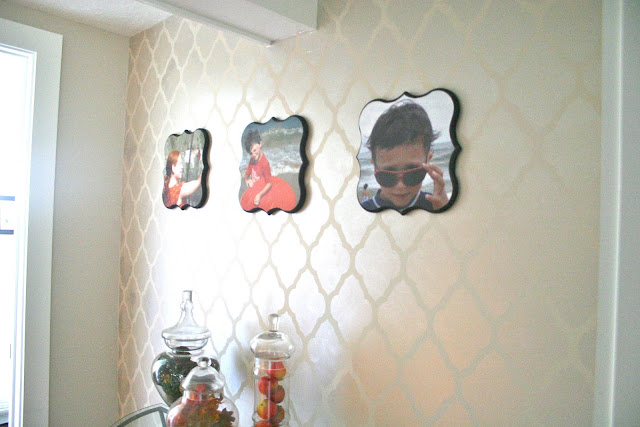 The three plaques add an unique and personal touch to my space. I love how the outline of the frames play off the pattern of my stenciled walls.