an extra place to draw

My boys were a little envious of the large chalkboard wall in their sisters’ room so I began thinking of how I could give them a version all their own. When I was generously offered an All-In-One chalkboard kit by Lullaby Paints in the color of my choice I had my solution. Lullaby Paints supplied me with a child safe, non-toxic, decorator’s grade chalkboard paint. It was simple to apply in that the kit came with everything I needed. Paint in Kings Red, a tray, painters tape, roller and even chalk! 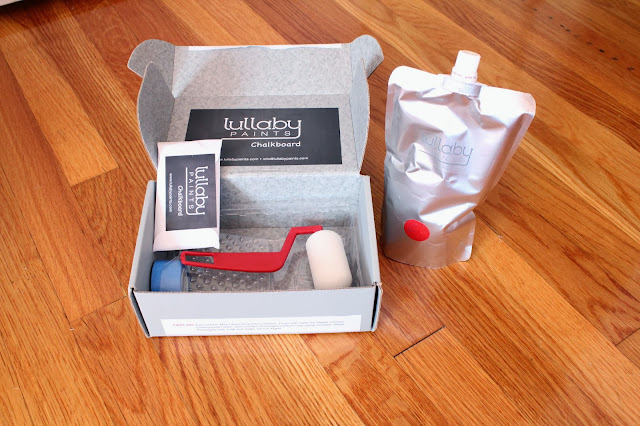 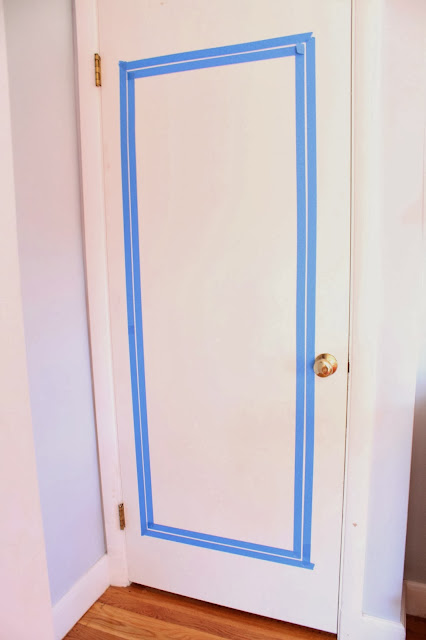 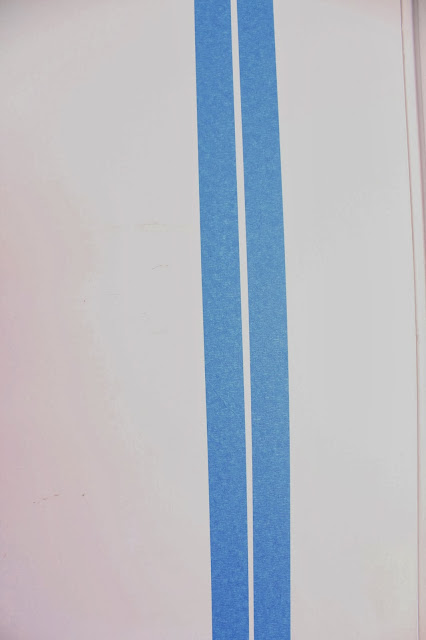 I rolled out the chalkboard paint and painted two layers, letting it dry for about an hour between coats. 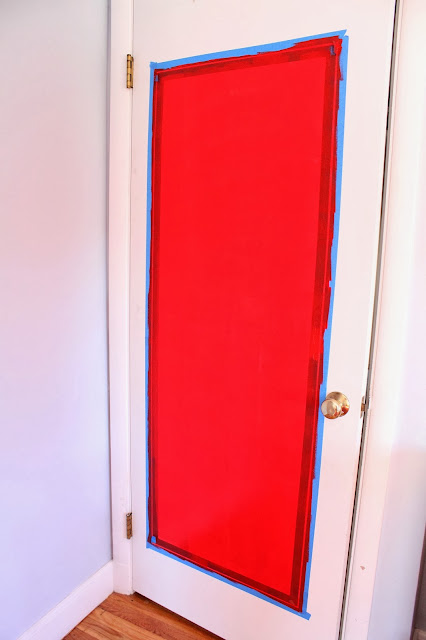 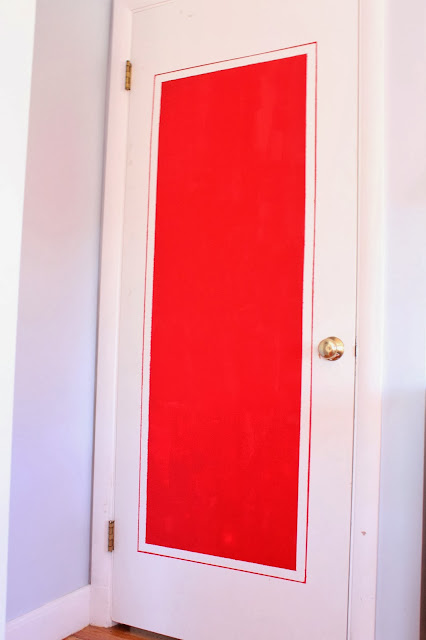 Once the tape was off I sealed it by rubbing the entire chalkboard with the side of a chalk stick. I let that sit for a bit and then rubbed it in. The next day I let them loose… 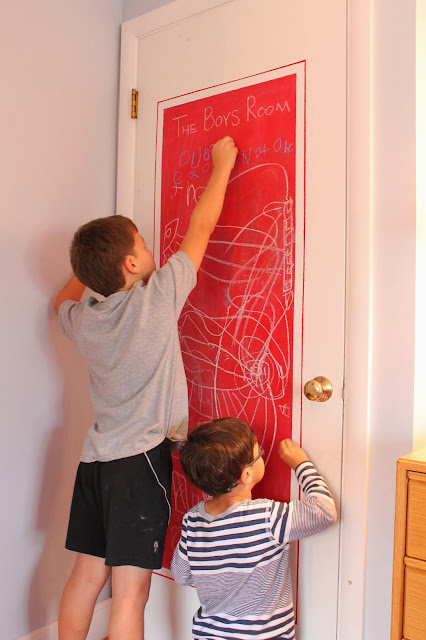 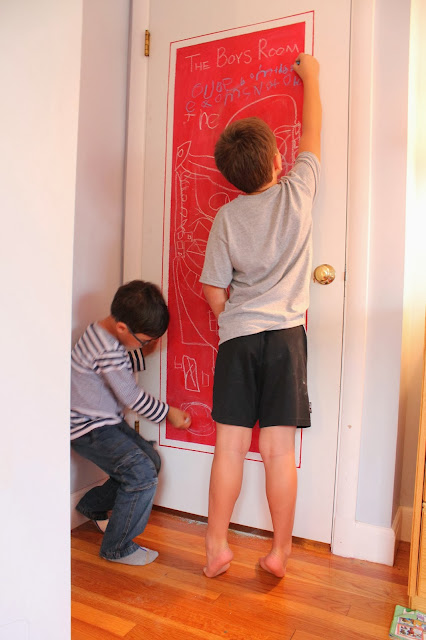 This is some mad scientist contraption I am told. The round button on the bottom left lets a girl named Annie through. I could be mistaken because twenty minutes later it was a squid fighting an octopus. In other words, they love it.