and now it's done…

I’ve posted many pictures showing the progress of my built ins. First they were a concept, they then started to go up, then they were up and paper was added to the back. Then they were styled and now the finishing touch has been added… 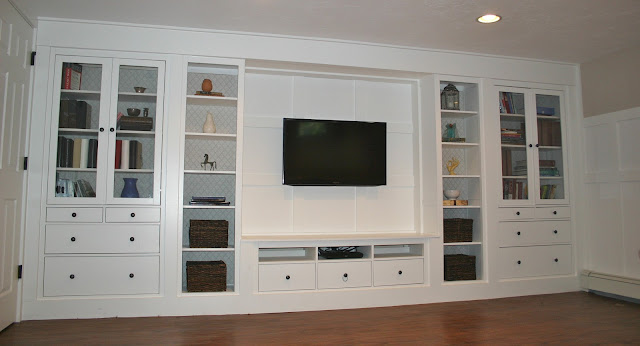 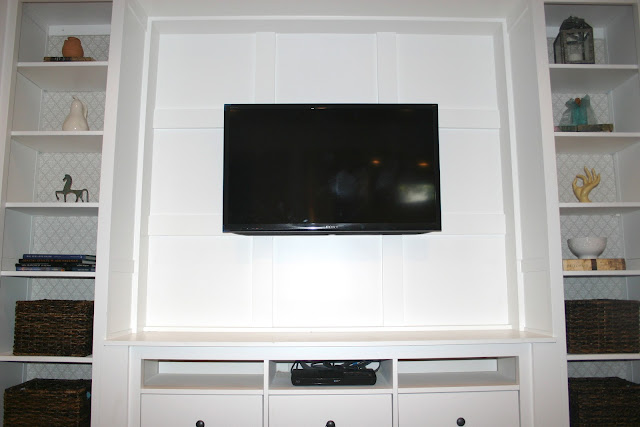 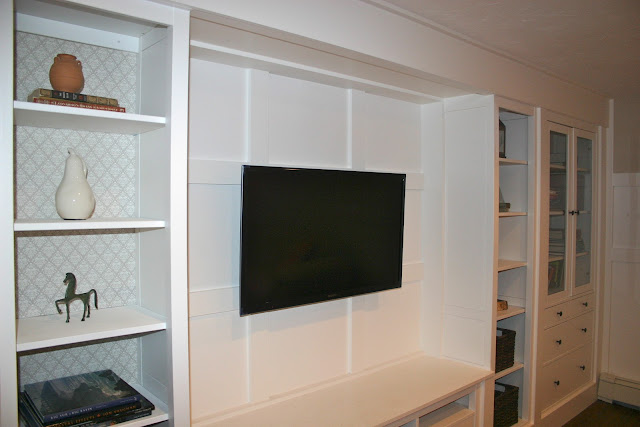 I decided against a huge television. A 40 inch wall mounted television doesn’t overwhelm the space. This room is not all about the television and I didn’t want a tv that would dominate the space.  I could have put less bookcases and had room for a bigger tv but for me storage is much more of a necessity! 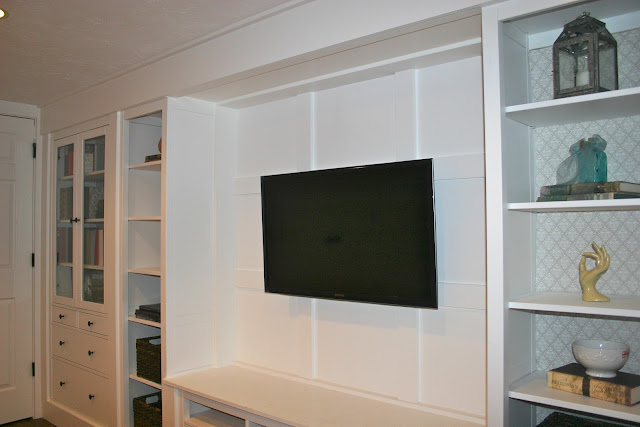 At this point the television is mounted with the outlet directly behind it. The HDMI cables and other wires needed were snaked through the wall. I made sure to purchase the kind for inside the wall. They come out in the center portion of the tv bench, above the drawers. There is an outlet there as well so no visible wires!
We purchased a blu ray dvd player since we decided we didn’t want cable down there. That will come eventually but for now this will be the movie night tv. My children are young and I still want to know what and when they are watching tv. The blu ray connects to our wireless router upstairs so we are able to use Netflix, etc. to watch what we want, when we want. I’m still figuring out how it all works but so far I love blu ray! 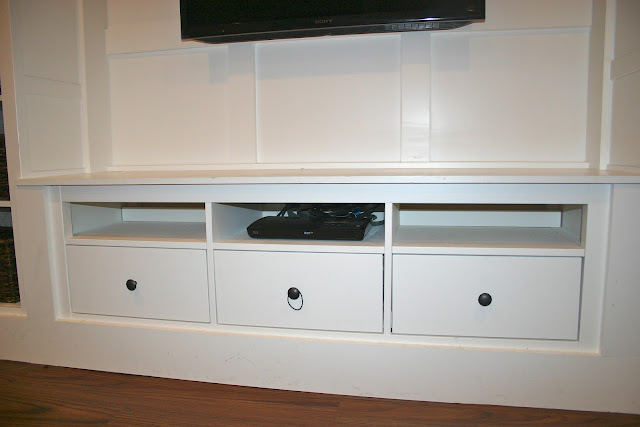 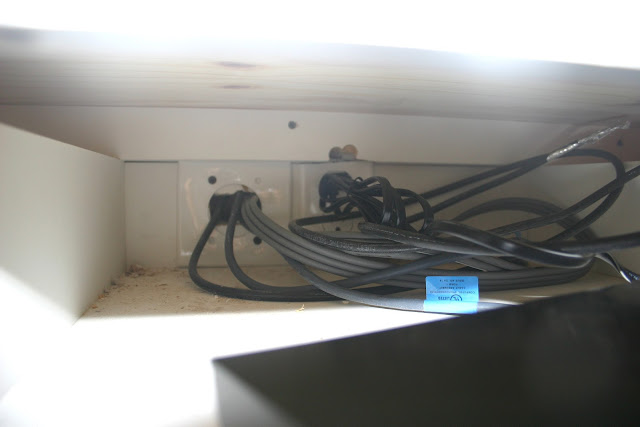 I have three drawers for all my dvd’s and whatever else is to come, such as a gaming system. Next up, a rug, some comfy seating and popcorn!