drying out a flooded basement

I’ve done many before and after images on my blog. Never before have I showed one where the after looks worse than the before. Until today. Here are some before shots of my basement before the valve leak… 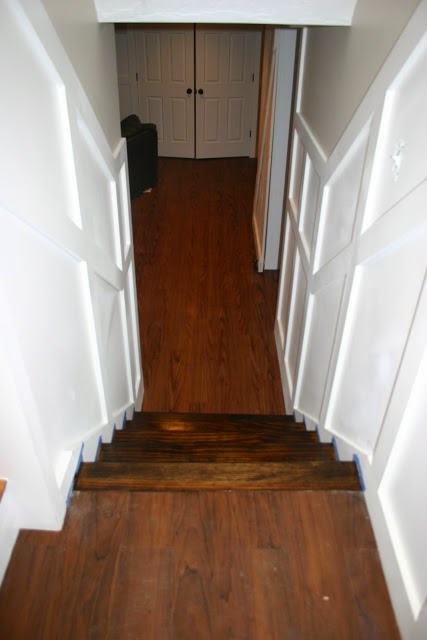 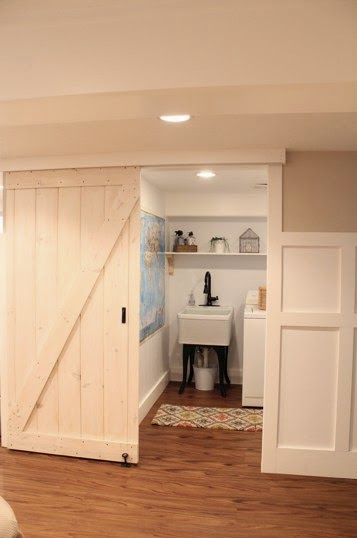 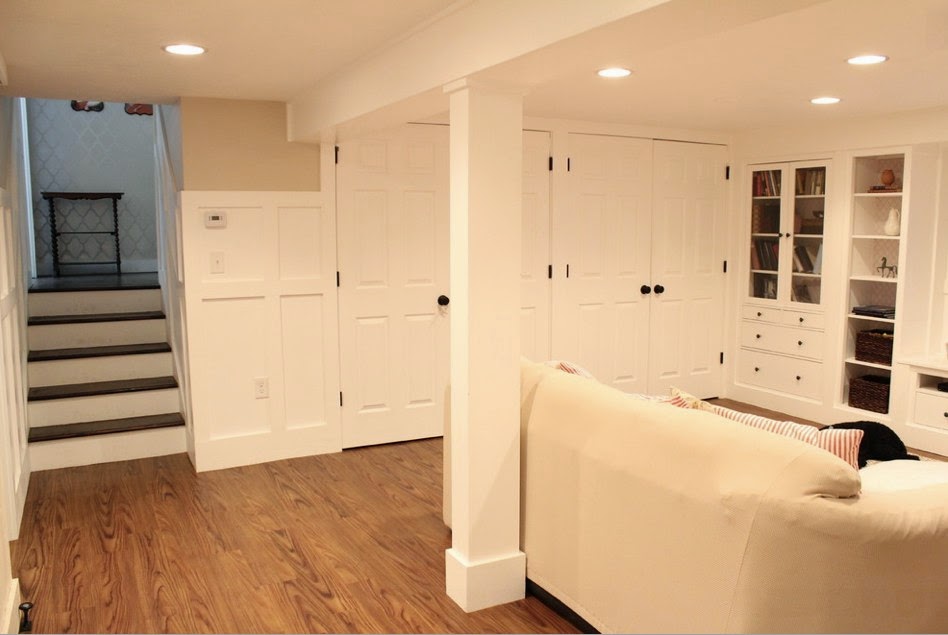 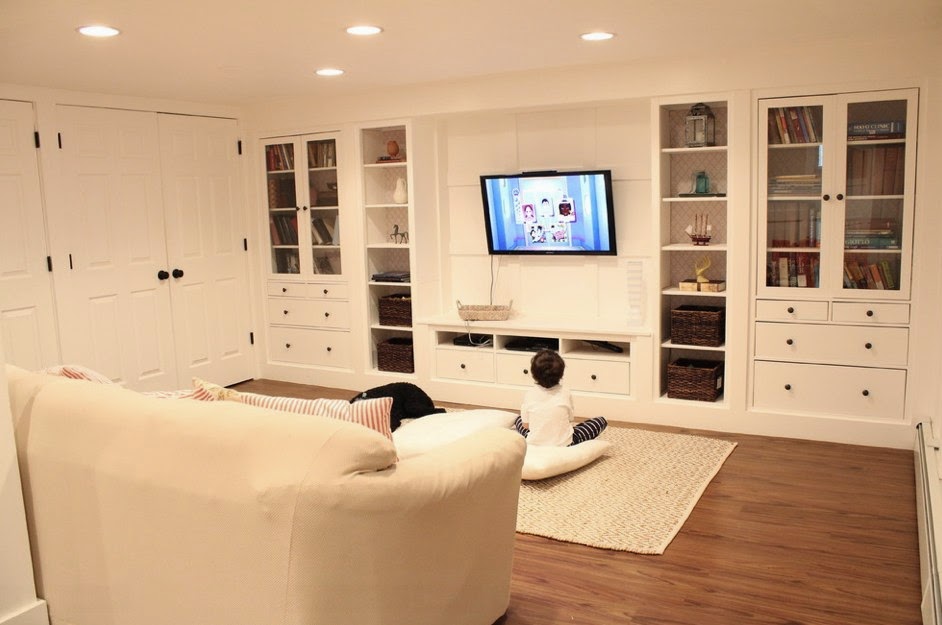 and here it is now, mold and all… 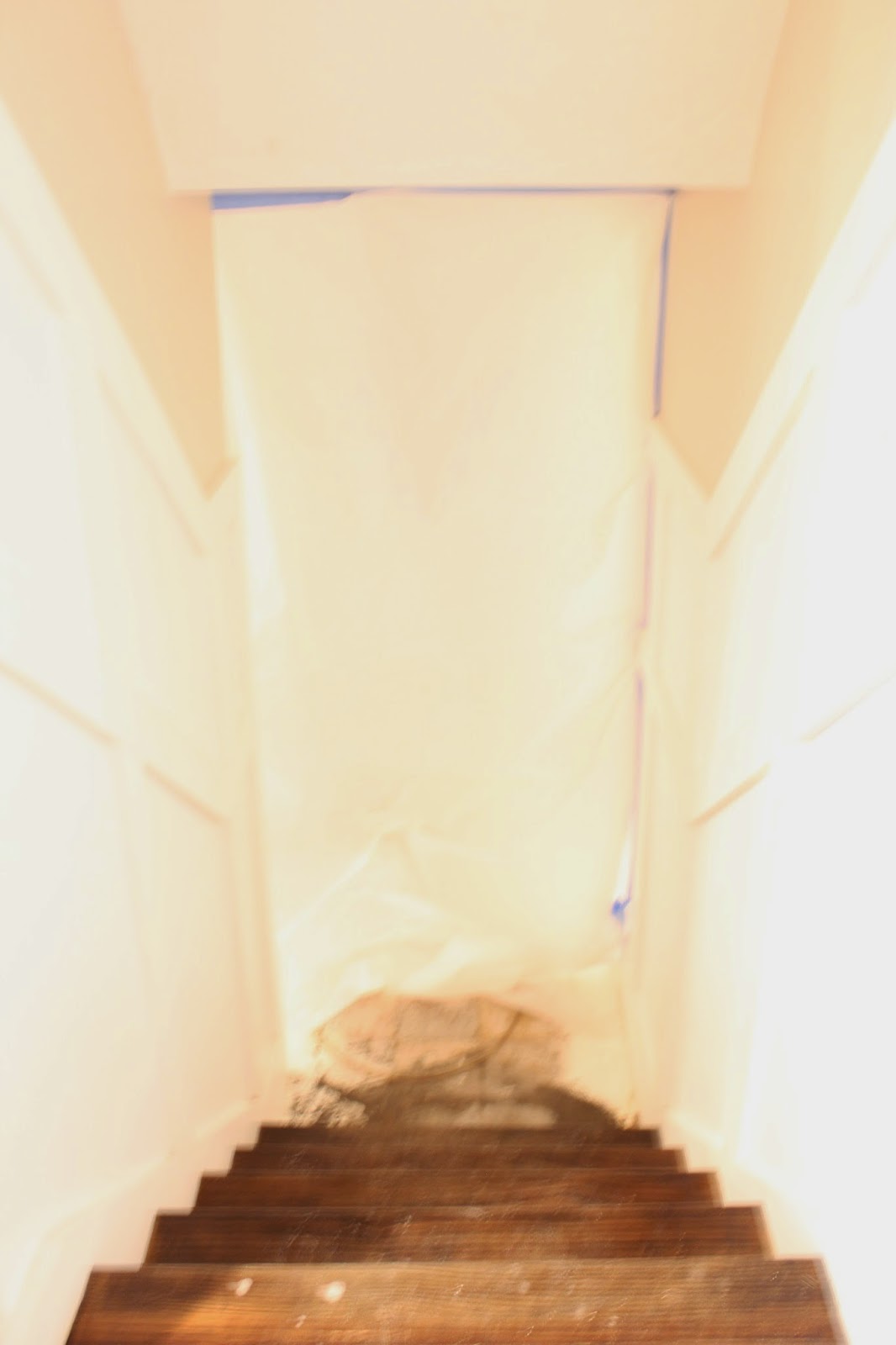 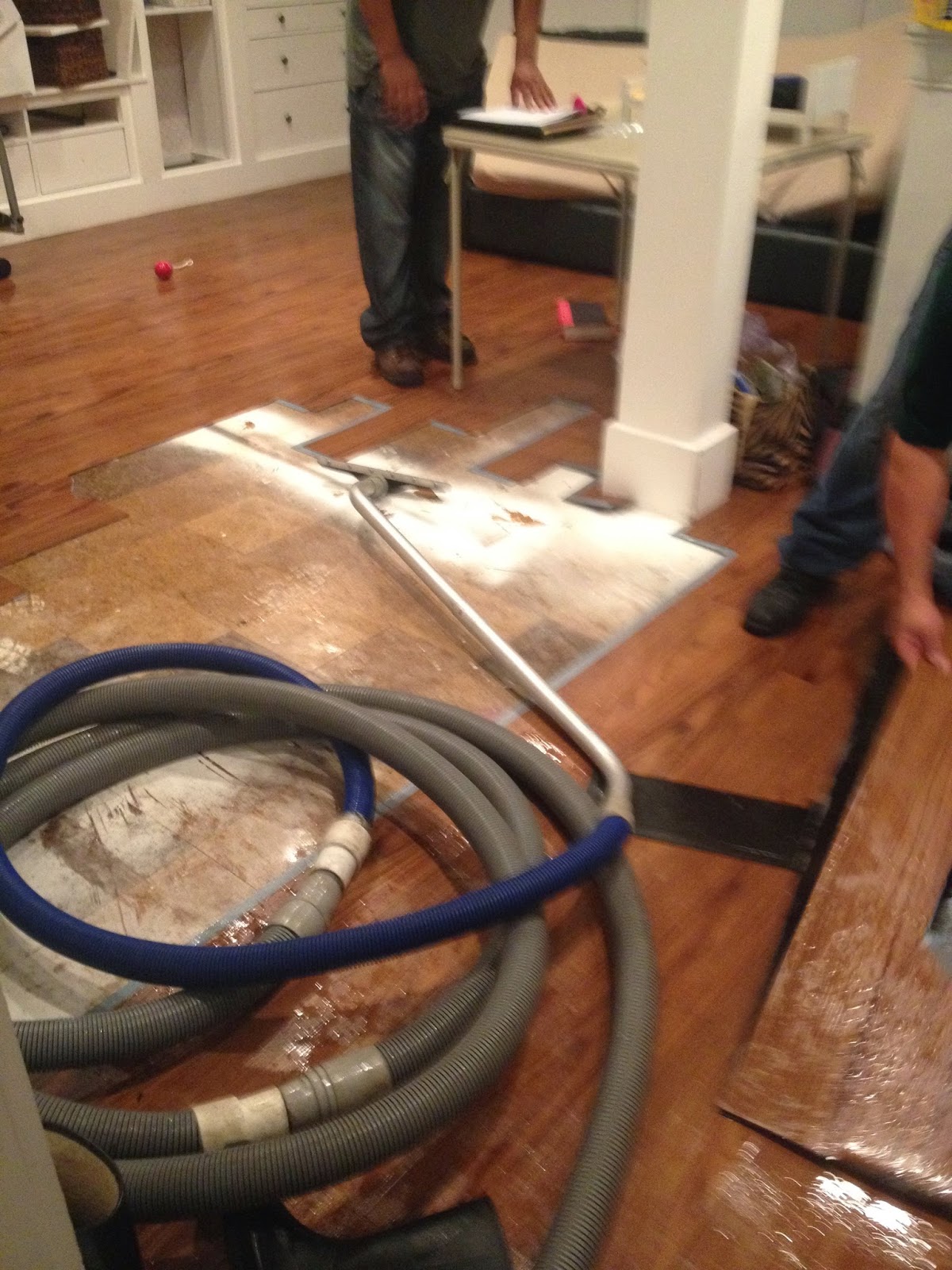 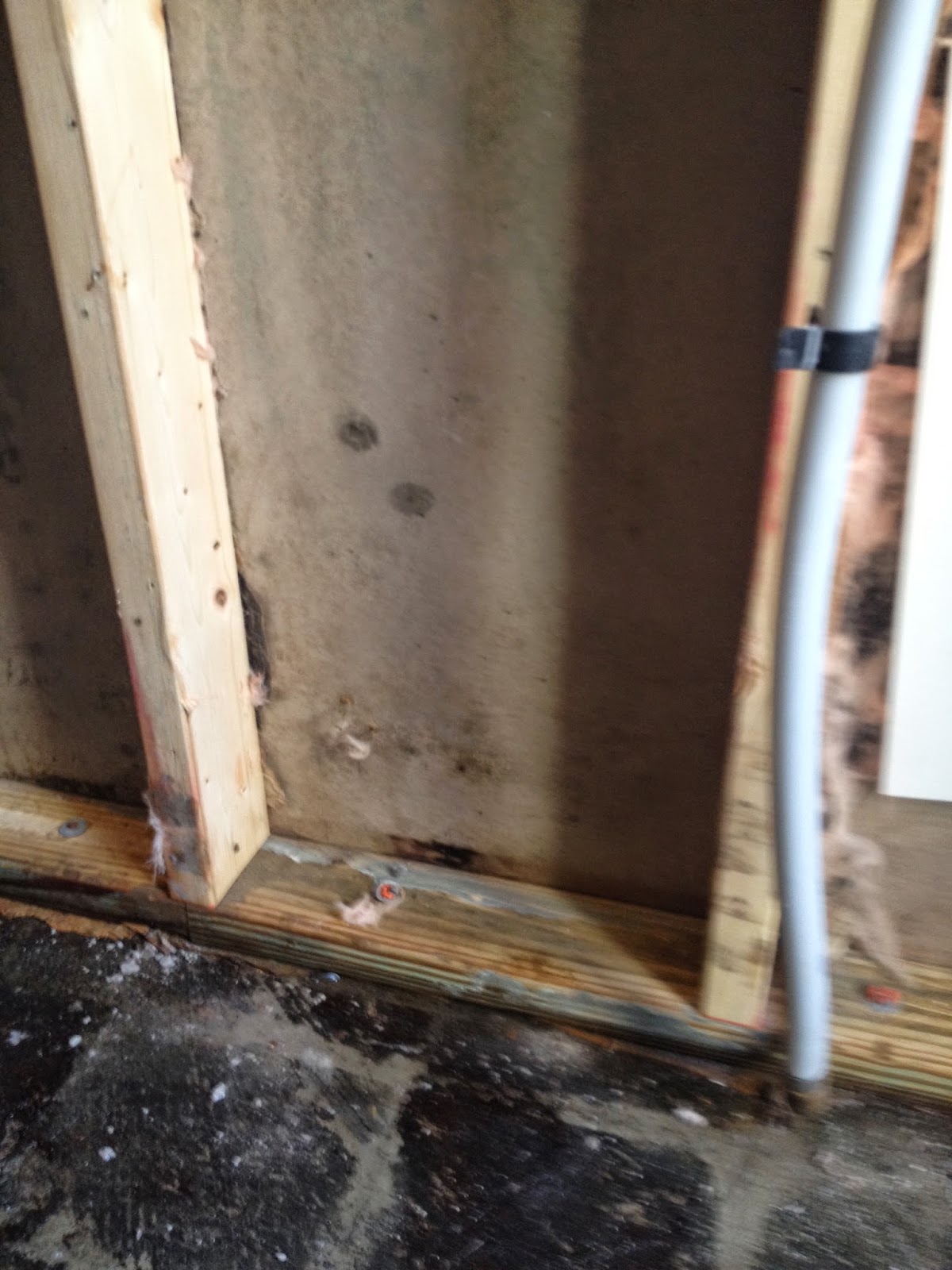 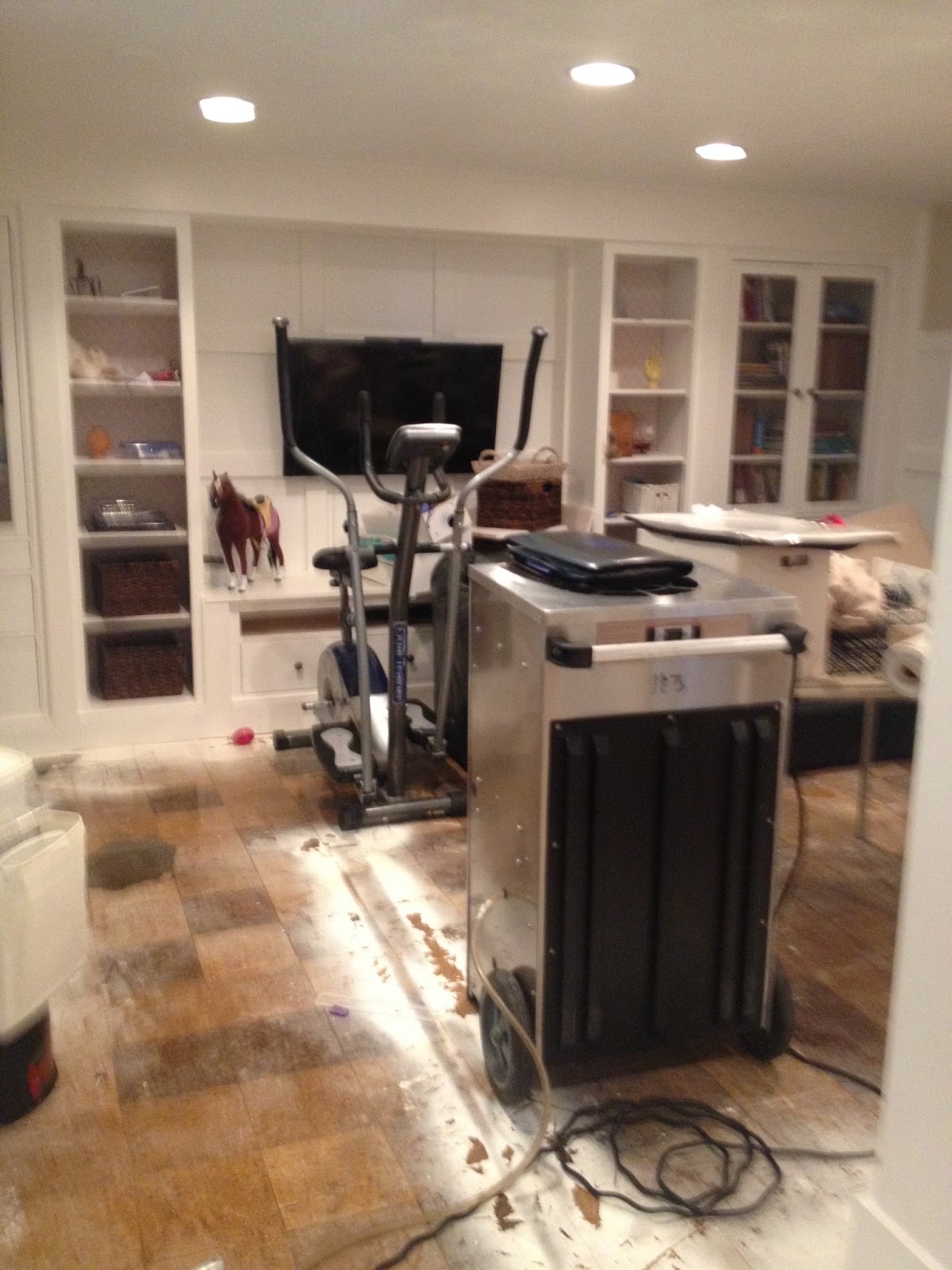 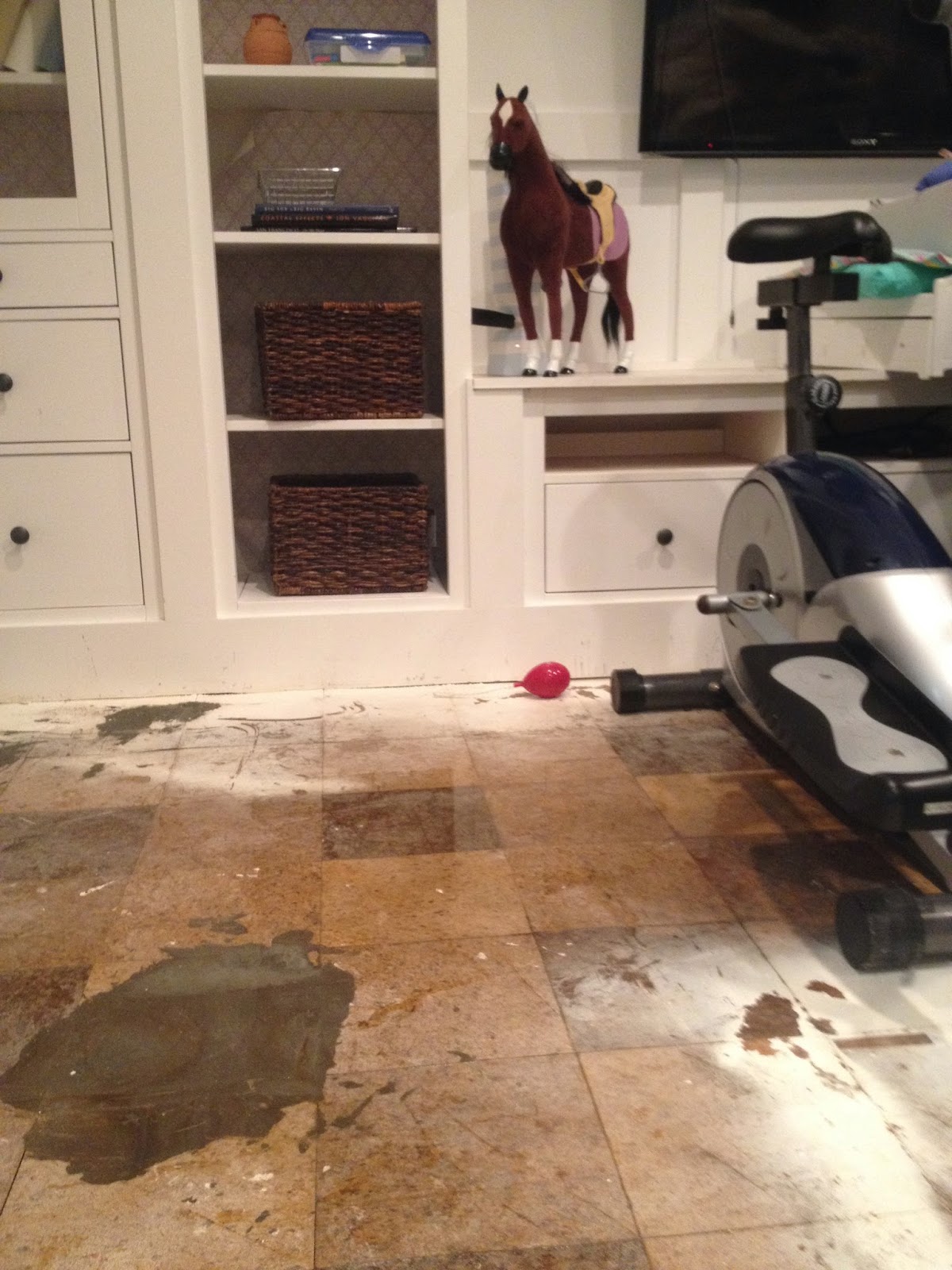 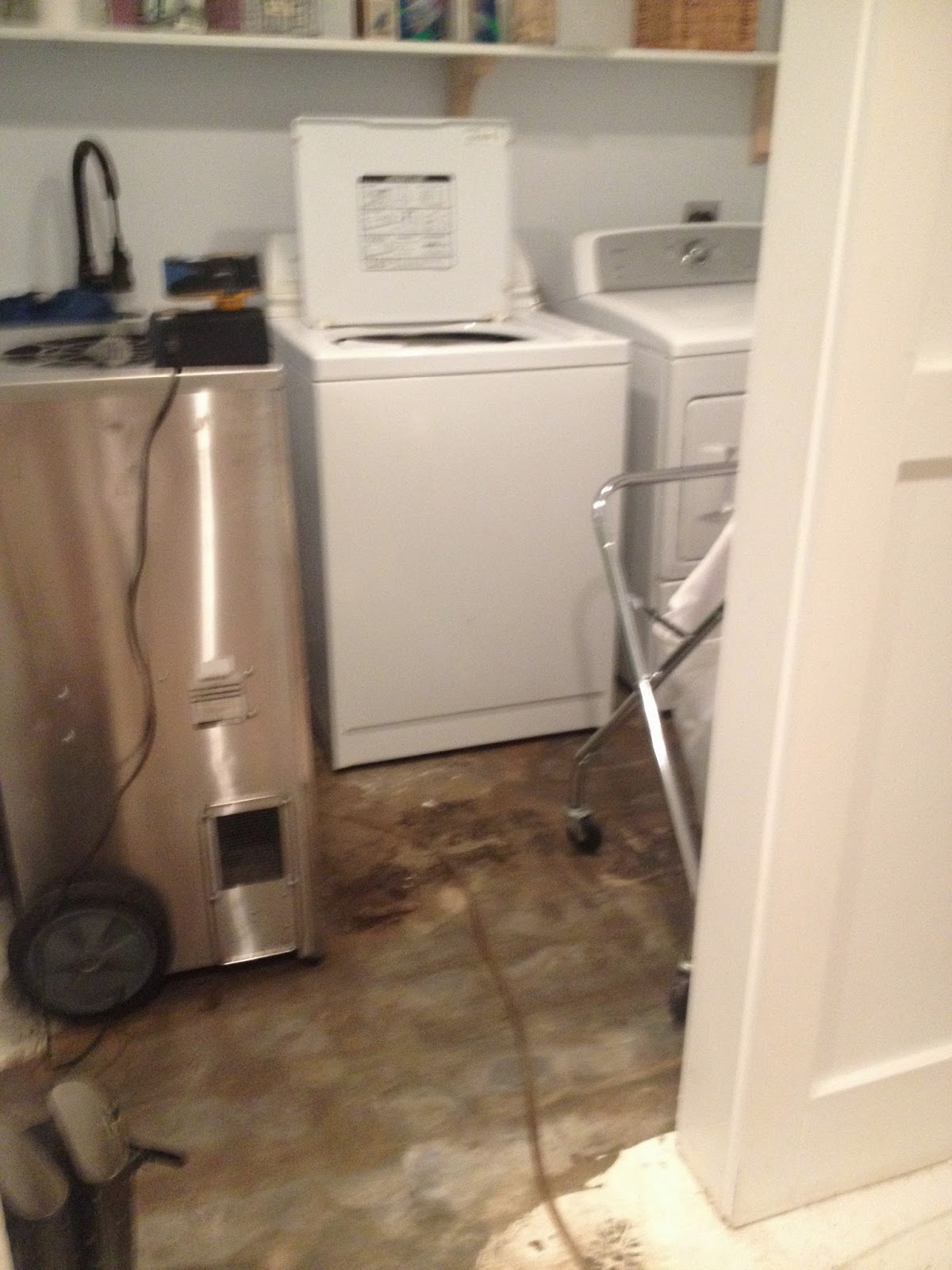 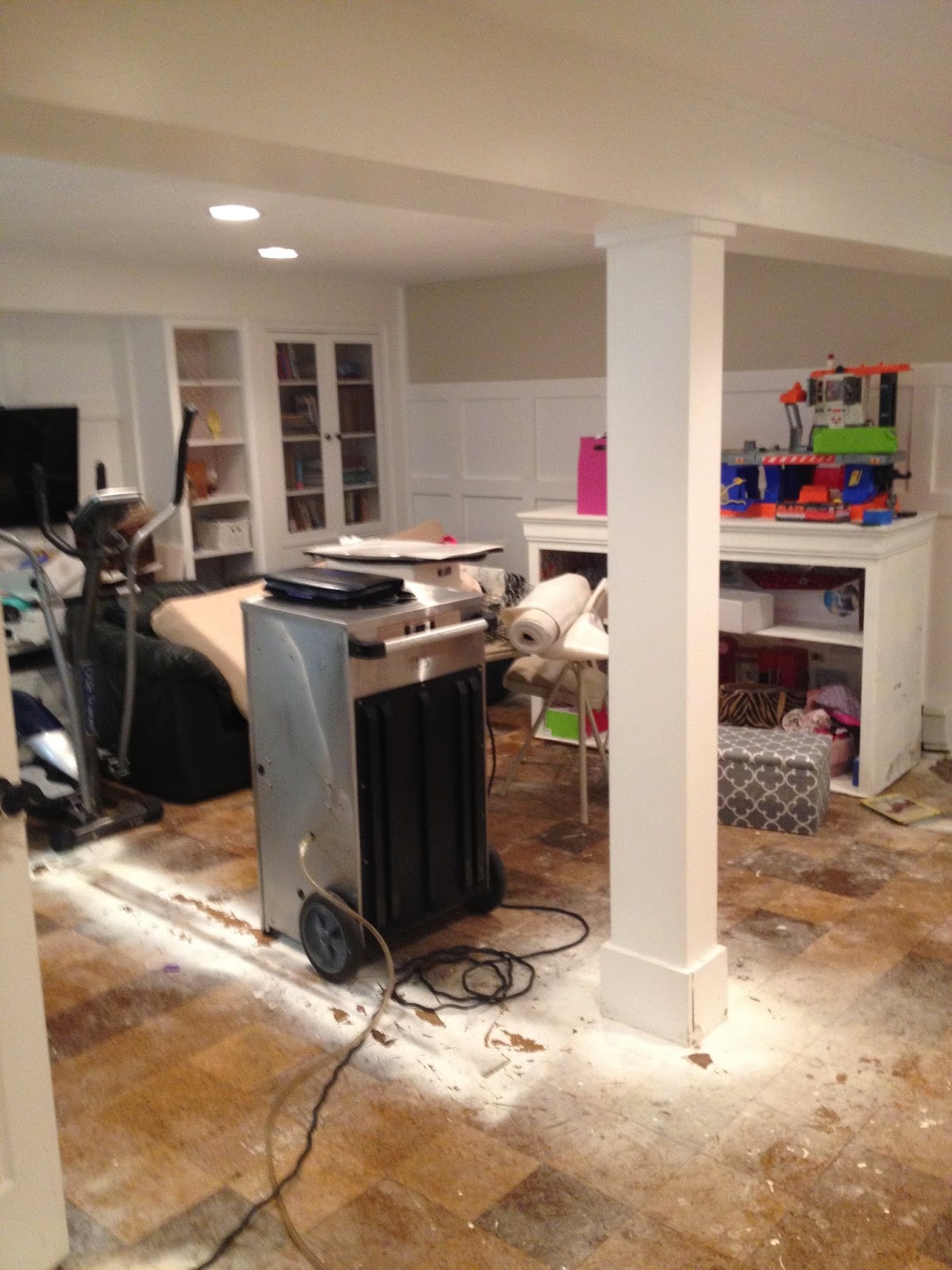 We hired ServPro to come in and clean up the water and mold. They were at our home the next morning getting rid of the water and ripping up our vinyl plank flooring. Since it was a floating floor the water was underneath it causing our tiles to pop up. The tiles are being tested to see if they are asbestos before any removal can begin.
Mold needs water to grow so drying up the space was the top priority. Once the standing water was removed the drying began. Drying equipment was used to prevent any  further damage. It was pretty bad already since everything was sitting in about two weeks worth of water. Industrial grade humidifiers were used to heat up and dry out the space along with high speed air movers. It felt like a sauna down there! Air scrubbers were used as a filter to clean out any remaining mold spores in the air. They placed one air scrubber in the basement and one in the landing at the top of the basement stairs. All these machines were running 24/7 for one week. I was so glad when they were removed and my house was “quiet” again.
As this was going on the sheetrock was removed. Mold loves sheetrock and the walls had to be removed halfway up the wall. All the molding and trim in that area was removed and discarded as well. My huge built in was also ruined by mold and the entire thing was removed! 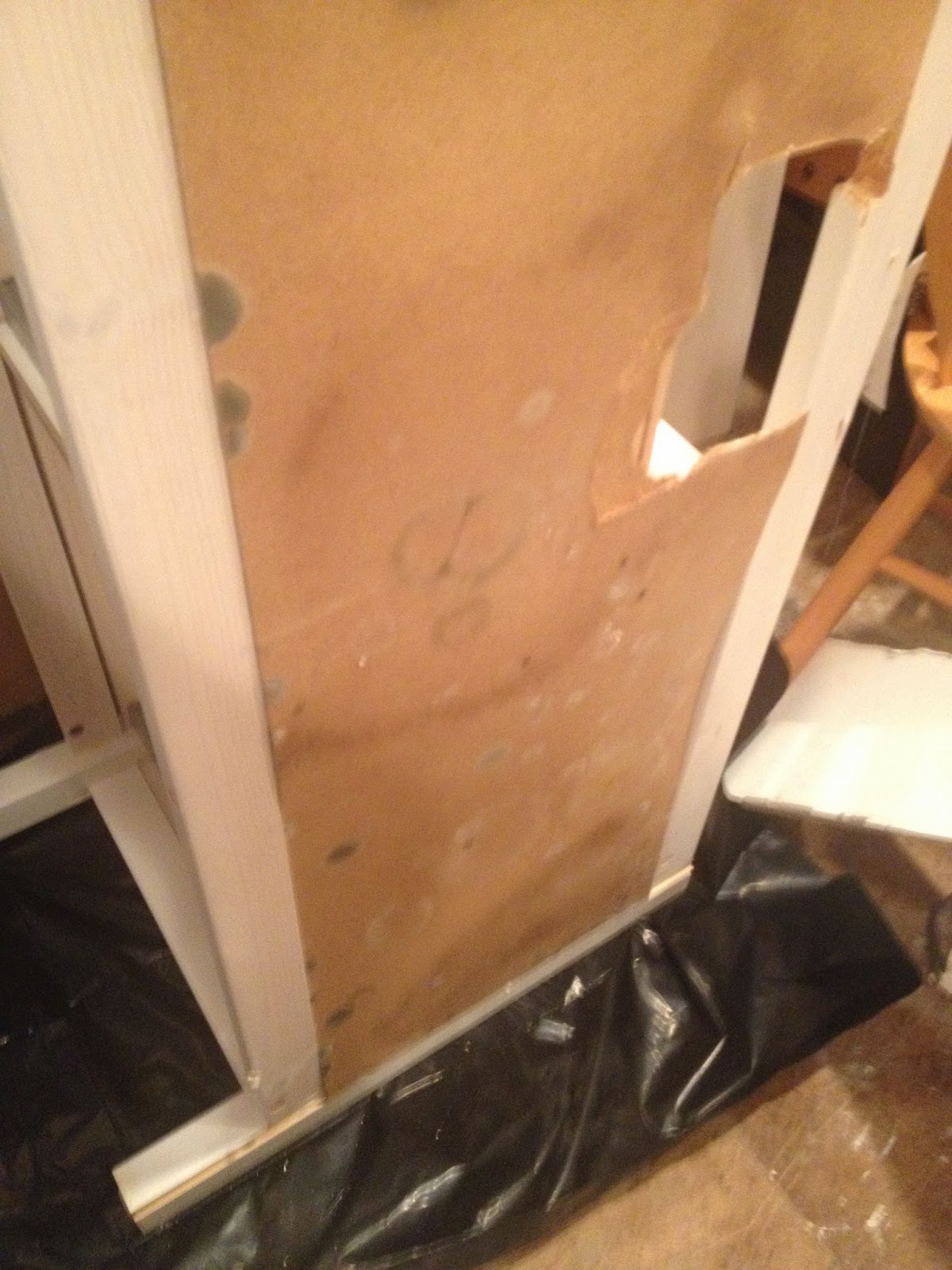 Everything porous needs to be discarded, which means fabric bins, stuffed animals, pillow, etc. Right now the basement looks like this, with all our items gathered in the middle. We are still waiting on the results from the floor test. Some of the wood trim is ok because wood is able to be cleaned and treated. Everything else is just a waiting game, including my washer and dryer. Some items that we hope are salvageable were boxed and bagged and we are waiting on word about them.
We also had an industrial hygienist come through to test out our air quality. He tested down in the basement, on the floor above the basement and outside (in order compare his results). We are still waiting on those test results as well. For now the basement is off limits which is fine by me since this is what it looks like… 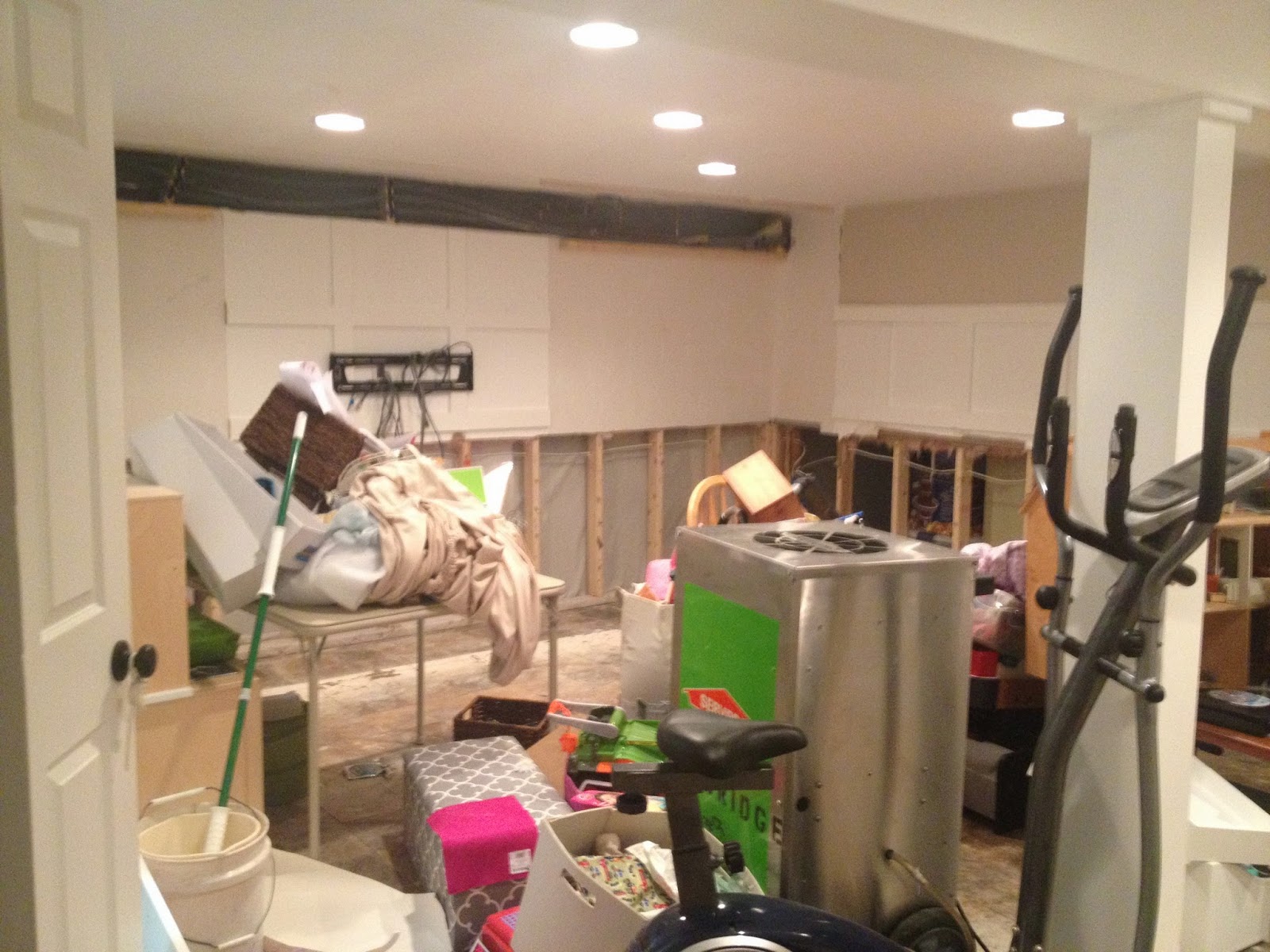 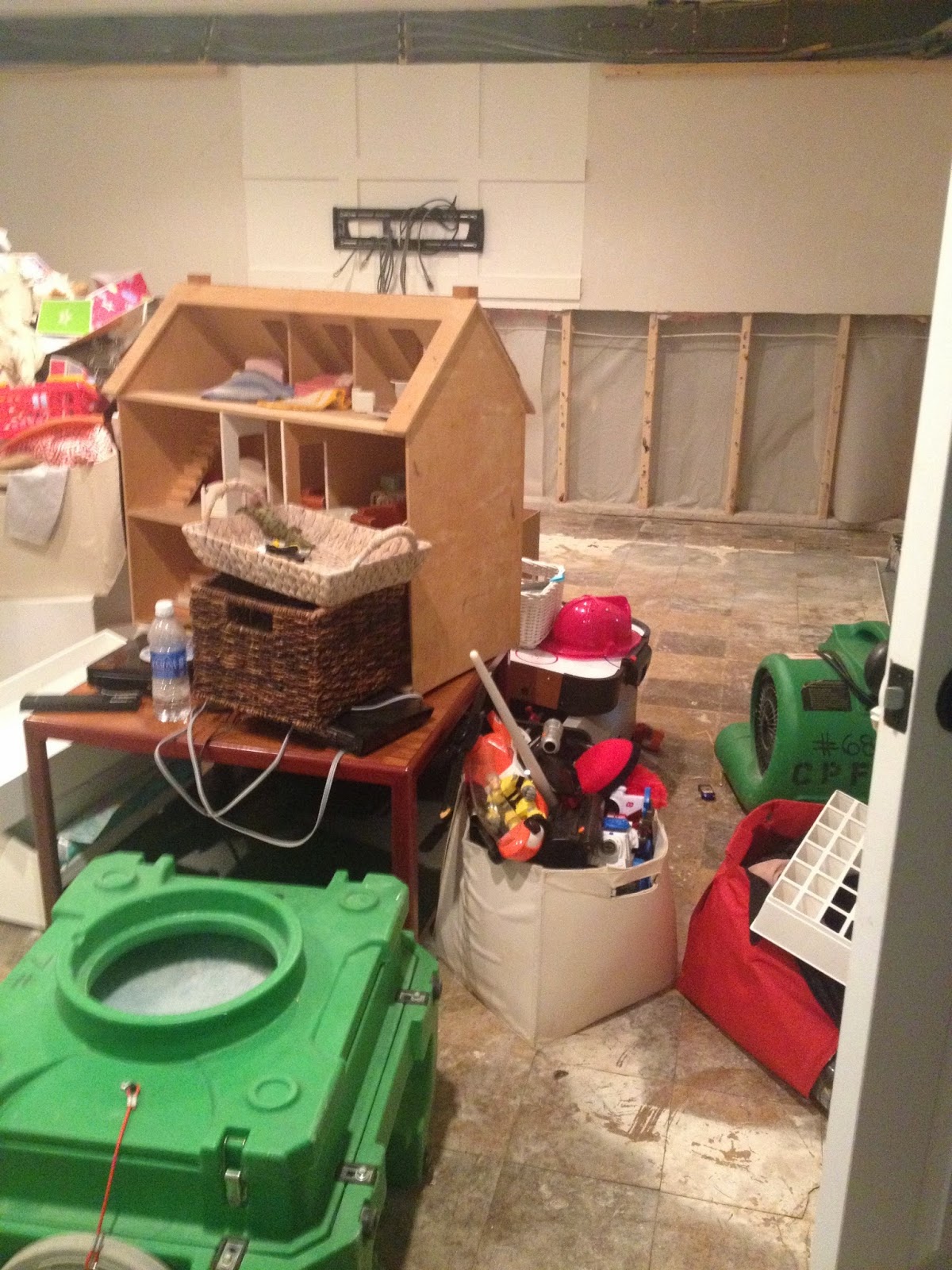 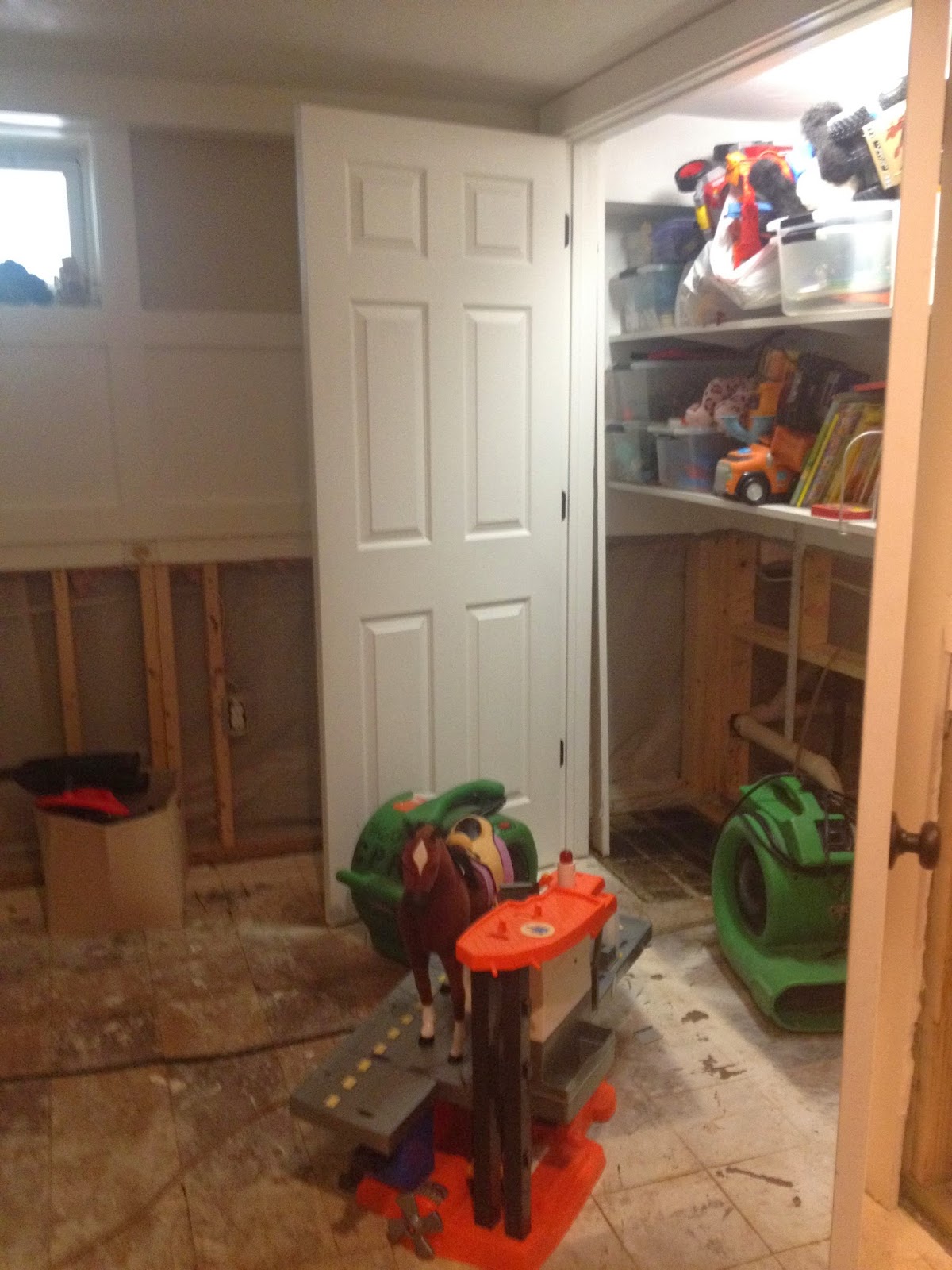 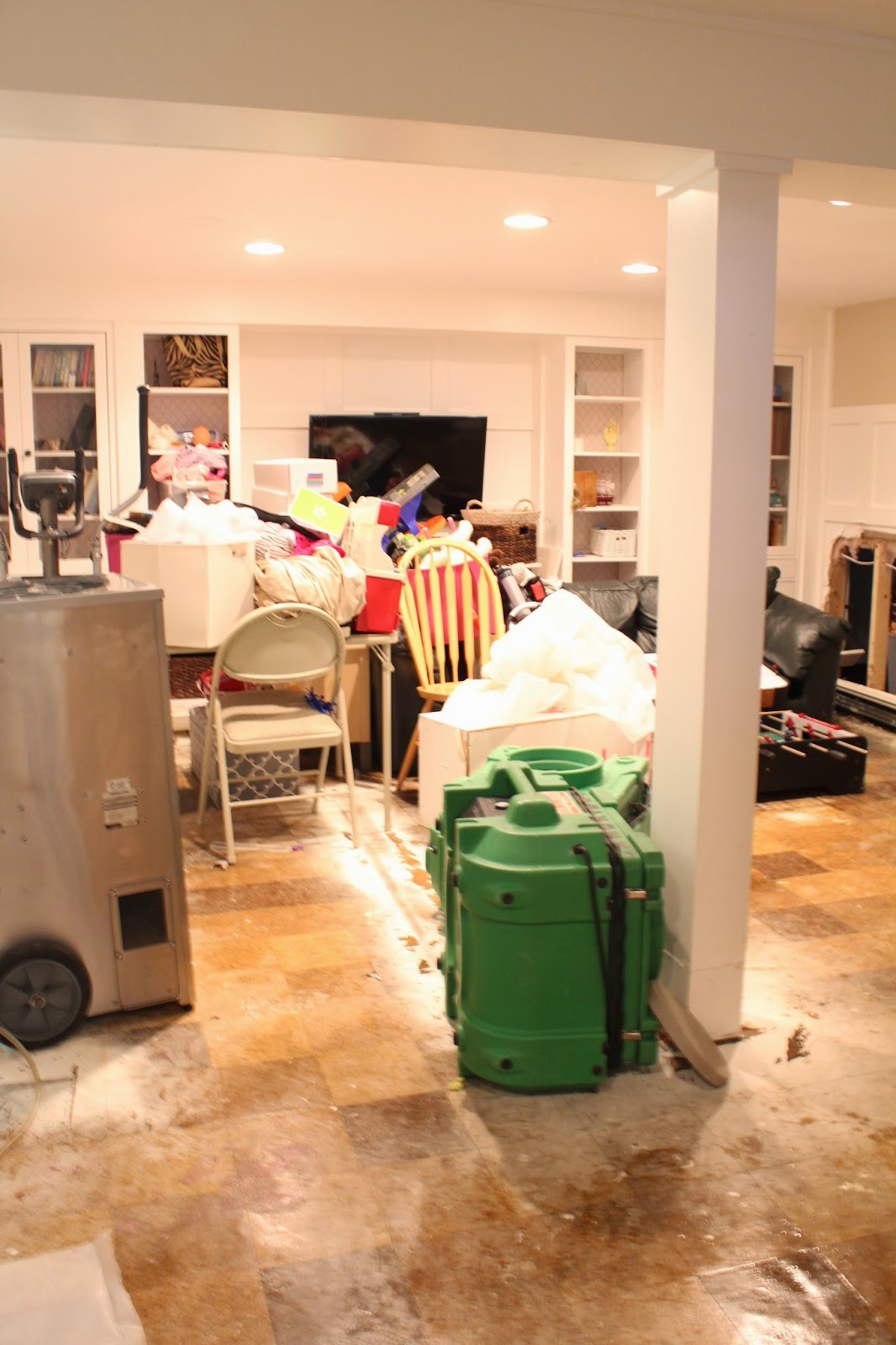 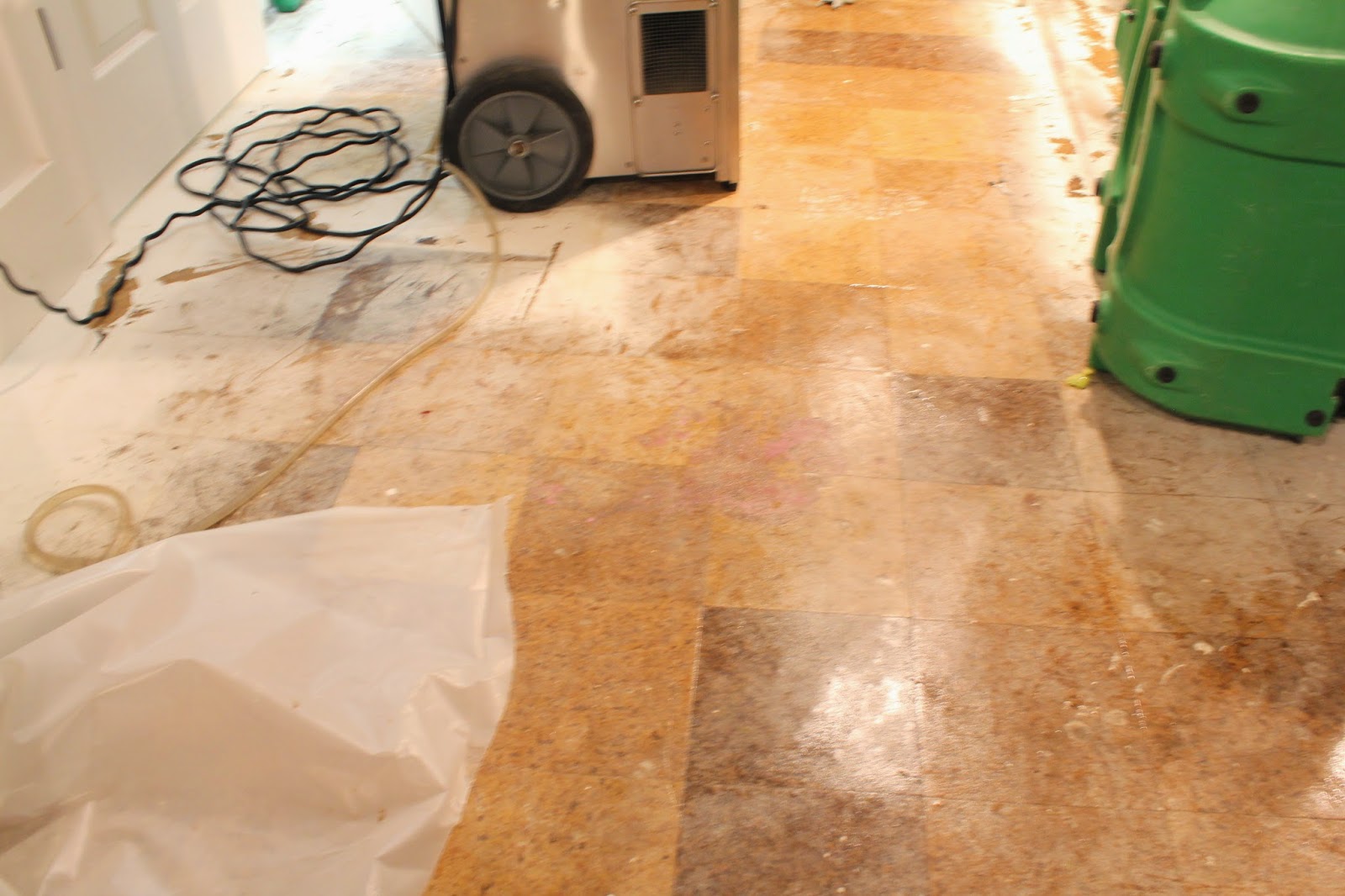 I’m hoping I have my basement looking and functioning like it has for the past two year by December. I’m not sure how long this process takes but I’ll keep you posted!