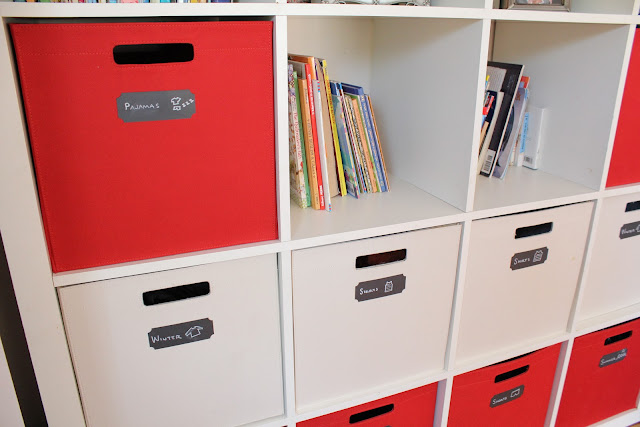 Having two boys who are seven and four share a bedroom can be a good thing and a bad thing. I shared a bedroom with my older brother when we were little. Our room had bunk beds and we switched beds every time the sheets were changed. Whoever had the top bunk for the week was the King or Queen and the other was the servant. I have great memories of sitting on the top bunk and pointing to my clothes and toys on the floor and ordering him to pick them up. The best part was that he actually listened! Then one week later the roles were reversed and no one felt bossed around. We learned to get along, work together and share. I swear that is the reason we have never, ever, ever had an argument to this day! I want the same type of relationship for my boys who are three years apart.
So that is the good part of two young children sharing a bedroom. The bad part of it is that on a typical day their room looks like all their toys and clothing were strategically spread throughout the room to make the biggest mess possible. Clothes come out and don’t land next to or under their bins. They are flung across the room and hang from the bookcase. Finding the right shirt has become an Olympic sport  with the winner being the one who threw his shirt the farthest and highest. The toys are easy and quick to put away since they have a rolling toy bin under one of the beds. The clothing is not so easy. They like to pick their own shirts which is fine with me. On certain days they know that I’ll tell them what to wear, but on a day to day basis I let them choose for themselves. They have a four drawer dresser with two drawers per boy. One holds socks and underwear, the other holds nicer pants and tops. These drawers stay relatively untouched since I lay out those items in the morning.
The IKEA Expedit piece in the closet is a whole different story. There are 10 bins which we use as drawers for clothing. Each boy has five bins. Pajamas, short sleeve shirts, long sleeve shirts, pants and seasonal. At this time of year the seasonal drawer is full of bathing suits. During the winter time it is full of sweaters and fleeces. They know which side of the IKEA piece their bins are located on but as far as what is in each bin they are flying blind. I decided to make things a little easier for them and for me. By labeling the bins they aren’t pulling out clothes from random bins trying to find a shirt. They can go straight to the shirt bin to not only find a shirt but hopefully put it back as well. 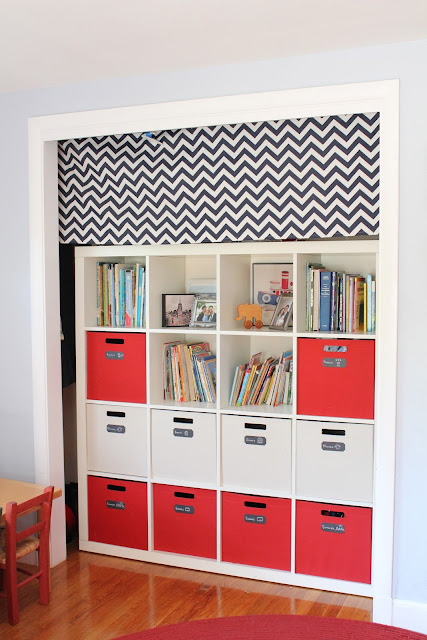 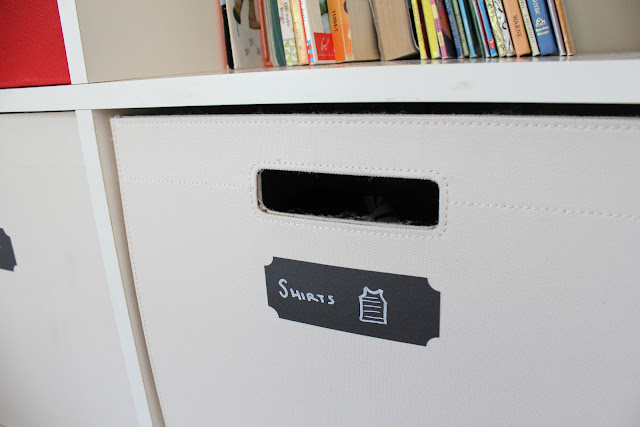 I used chalkboard decals from Kidecals. Are you looking for labels for camp, school or daycare? Maybe one of your children has allergies and you need some allergy alerts. Gift labels, chalkboard labels, organizational labels, Kidecals has them all in unique and customizable options. My favorite has to be the doorbell stickers and the keycals. Yes, you read that right, decals for your keyboard! Go take a look! 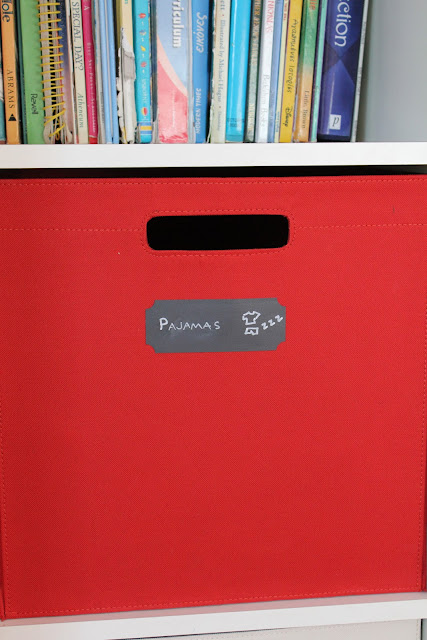 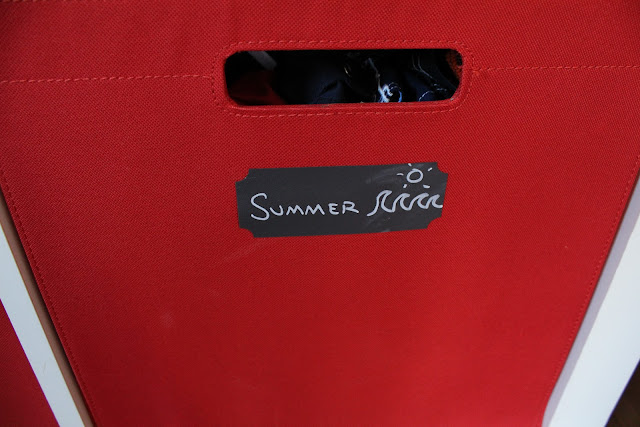 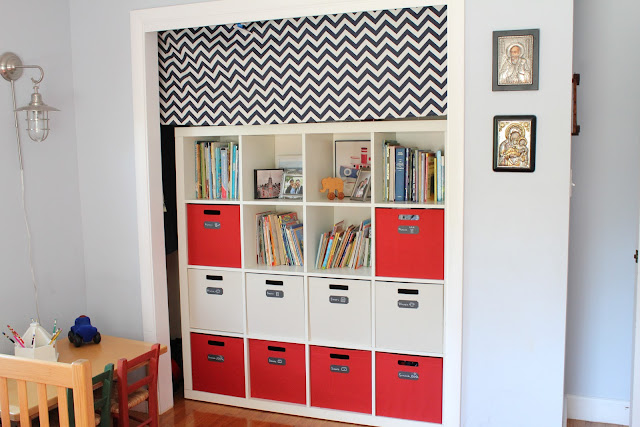 Since my seven year old is in the beginning reading phase and my four year old is not I decided chalkboard labels would be fun for now. I can write what is in the bin for the reader as well as draw a picture for the non-reader. When everyone is reading or the items in the drawers change I can just wipe off what was previously written and start over. I’m hoping this system helps them both stay neater. I’m fine with the Olympic games as long as the athletes clean up after themselves!