We live in a multilevel home and our designated playroom is six steps down from our main level. It’s a great space for the kids toys, the piano, our sleeper sofa, and the resident hamster. I had plans to put two IKEA Expedit’s next to each other. The toys would stay down there. I would never step on a Lego in the middle of the night in my living room. No stray stuffed animals would migrate up those stairs. These were all great plans except for one thing. When we moved in my playroom looked like this. 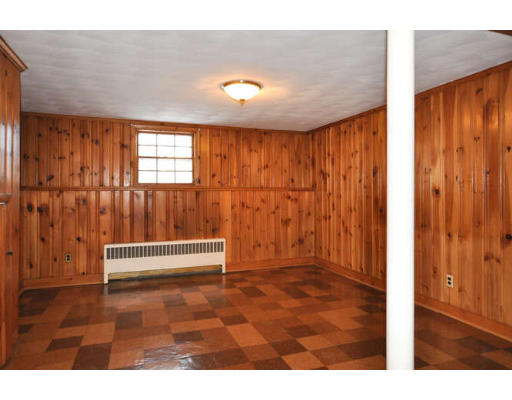 My kids were terrified. The grain of the wood was so large and dark. I was told by by my five year old that he saw faces. Slightly concerned, all I could think of was the movie “The Sixth Sense”. I asked him to show me what he meant. Up close the knots in the wood looked like faces. He wasn’t kidding. 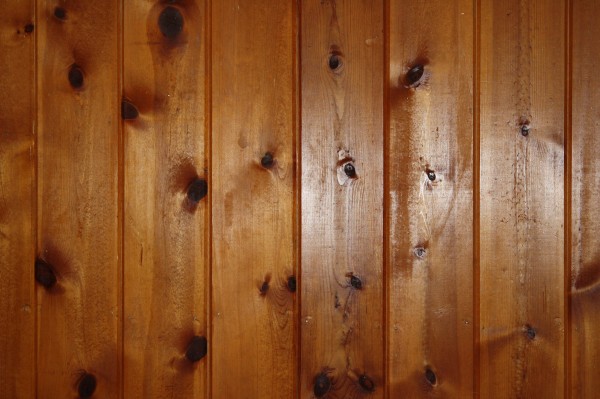 Pretend you are a five year old. Intimidating, right? We decided they were seals, frolicking through the waves, all cute and well intentioned. This didn’t work.

So I took a deep breath, knowing the opposition I was going to have to deal with. I had a couple men I had to explain myself to as to why in the world I was doing this. My husband, my father, my general contractor, and any other man who thought dark panelling was the best thing since sliced bread!
Long story short, we painted. I chose a beautiful warm white from Benjamin Moore, called Mascarpone.

The difference was incredible! We also put down the Allure TrafficMaster vinyl plank flooring. We didn’t want anything too permanent and we wanted to keep the cost down. I ended up loving it so much I’m putting it in my basement once we finish it. At $1.79/square foot you can’t go wrong. Everyone ends up thinking it is wood anyway. They never believe me and end up bending over to touch it, just in case I’m lying.

So this is what our family room looks like now. 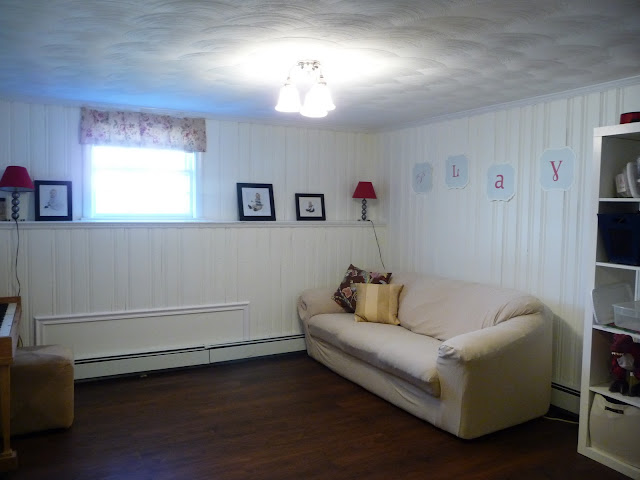 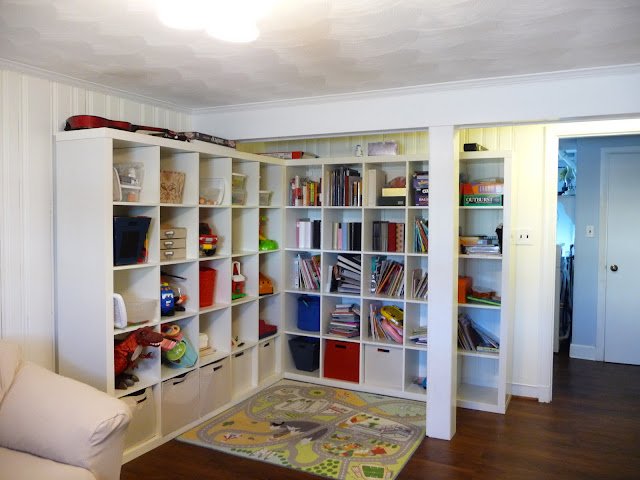 This area will see some changes in the months to come since once we finish the basement, it will become the office/guest room. We will be walling it off and giving it its’ very own door. I’m hoping to build a walk in closet as well for all those winter coats we New Englanders collect.

For now it is a warm and inviting space. It holds all our toys in those two Expedits, which I personally think are a staple in any house with young children. I have five of them. Expedits, not children. It cleans up great and looks organized most of the time. Plus, my children actually go down there to play!