The Ikea Expedit is the workhorse in my mudroom. I filled most of the cubbies with baskets but my one remaining problem was the explosion of footwear all over the mudroom floor. My kids had a habit of taking their shoes off right when they got in the door and then leaving them in that spot. I left the bottom row of cubbies on the Expedit empty since that was where everyone’s shoes would now be going. Below is a picture of what I thought it would look like on a daily basis… 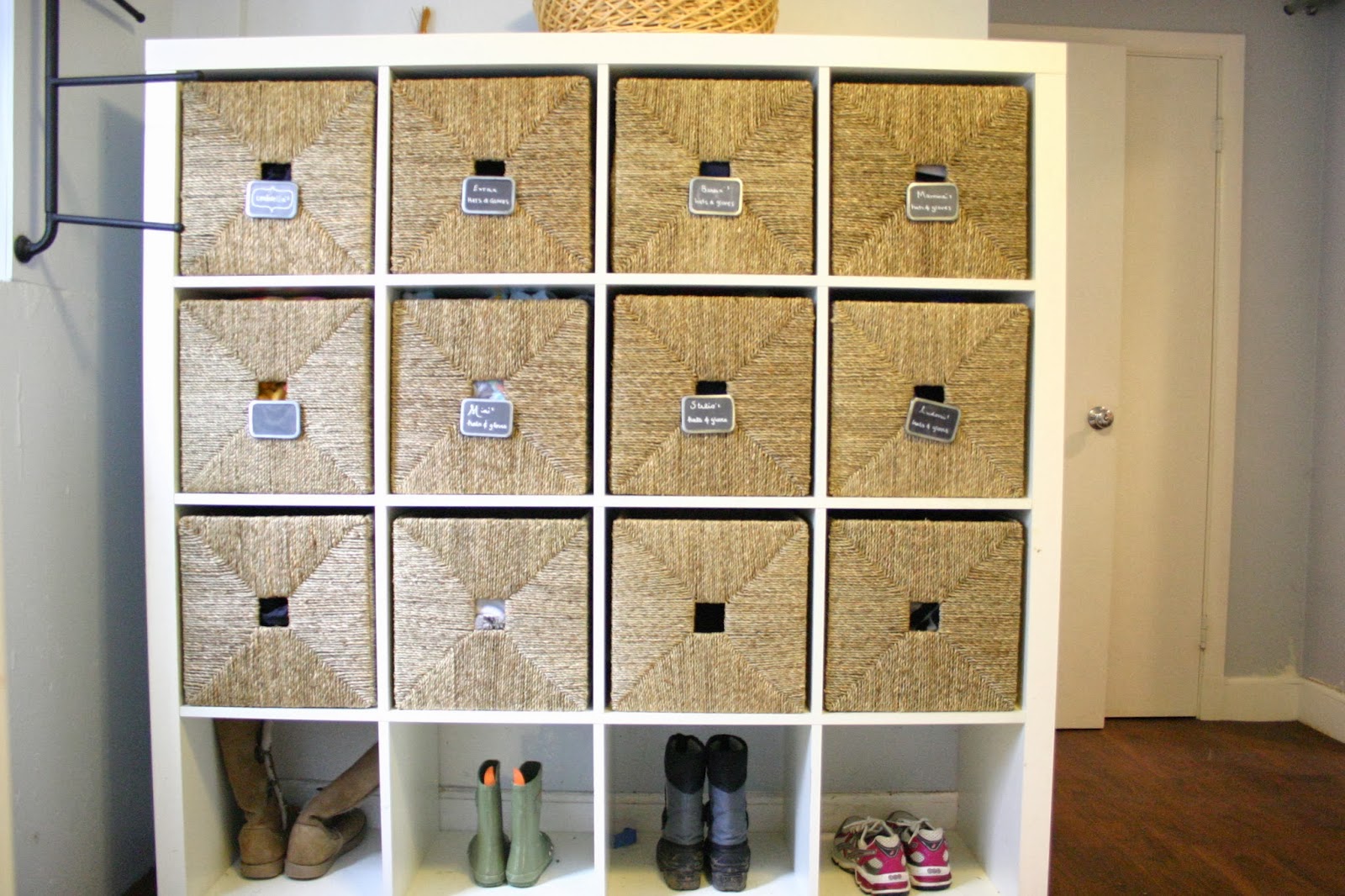 Nice and neat. Organized and uncluttered. Then reality struck… 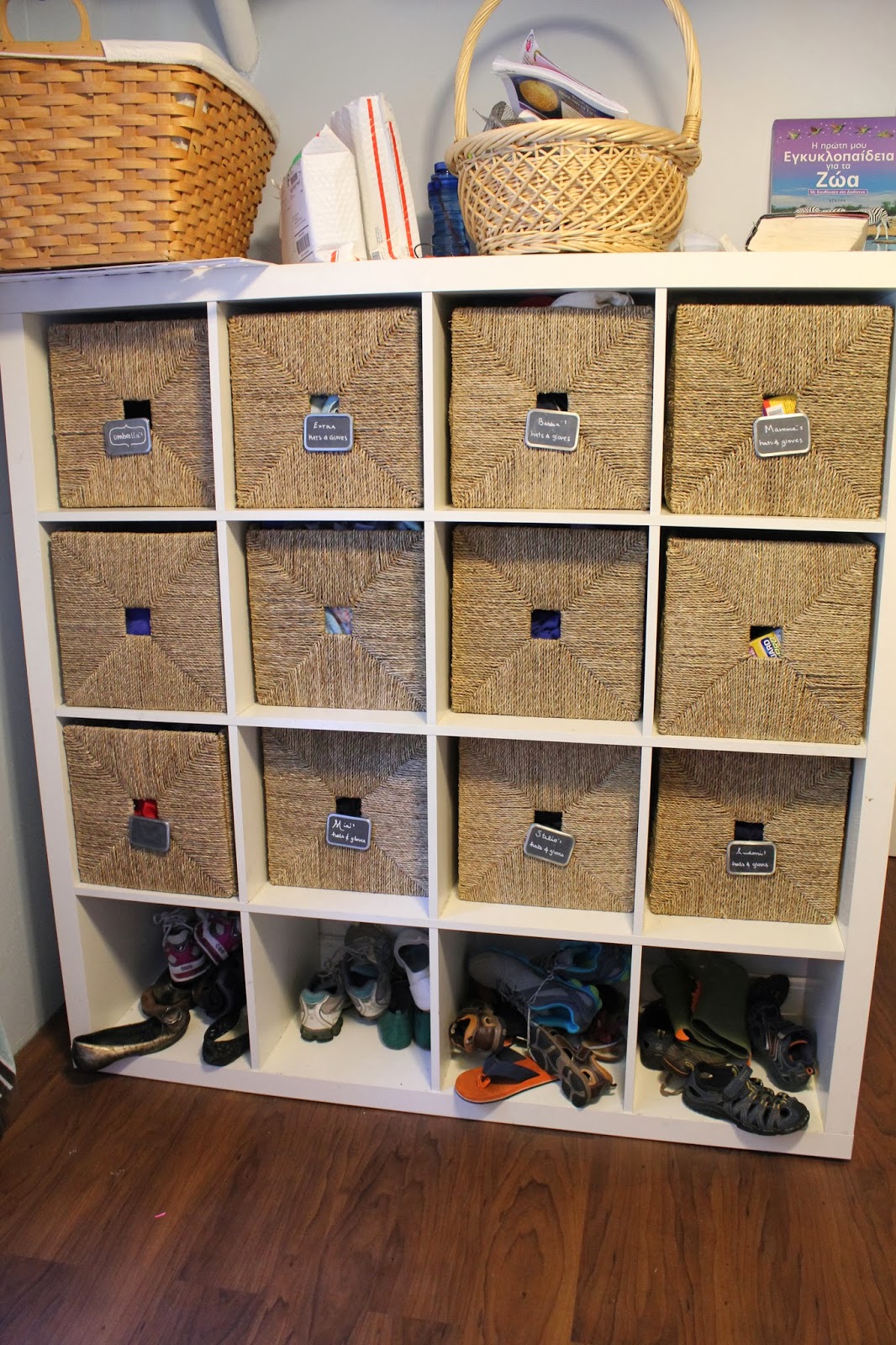 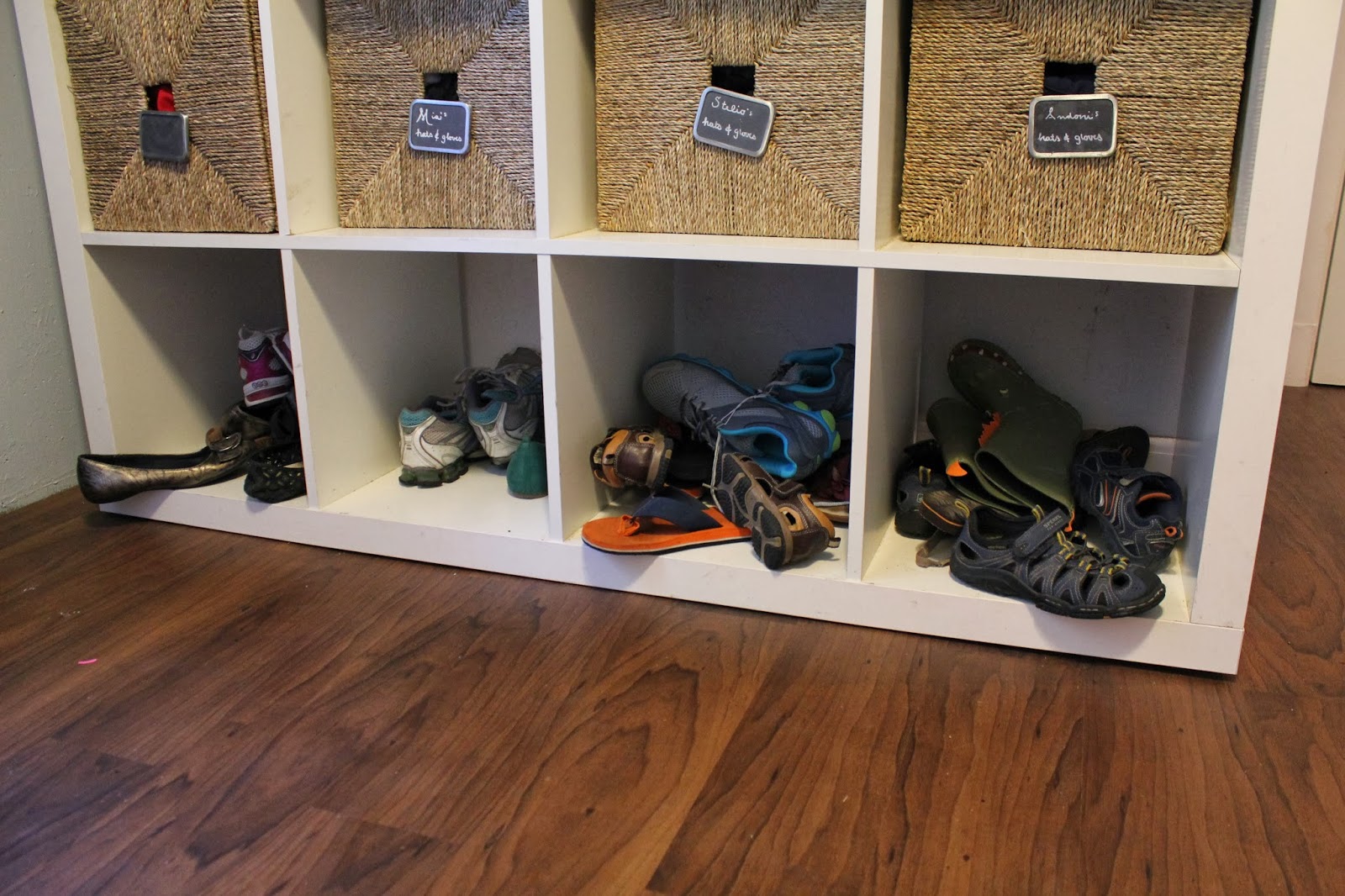 My husbands’ shoes and coats go in a closet that is in the mudroom. The cubbies are for me and the three kids. If the shoes actually made it off the floor into the cubbies that is what it looked like. Everyone had a designated cubby but they ended up throwing the shoes wherever they fit. I might have been a little guilty of that too.
I wanted something to hold the shoes for each person but I wasn’t planning on an IKEA run anytime soon. During a trip to Homegoods I spotted these rattan wastebaskets in the bathroom section. They would fit my cubbies and hopefully keep everyone’s shoes under control. We have a closet that holds most of our shoes but these baskets are for the daily pairs. After adding my own touch to the baskets everyone got their own. Just to give you an idea of how many shoes they hold, four pairs for a four year old, size 11 shoe and three pairs for a 7 year old, size 4 shoe. For my 10 year old daughters size 10 (women’s!) shoes they hold two pairs and my tiny size 6.5 shoe basket fit two pairs. Yes, my shoes are the same size as my 7 year old son’s.
Would you ever guess that in the picture below are 12 pairs of shoes? 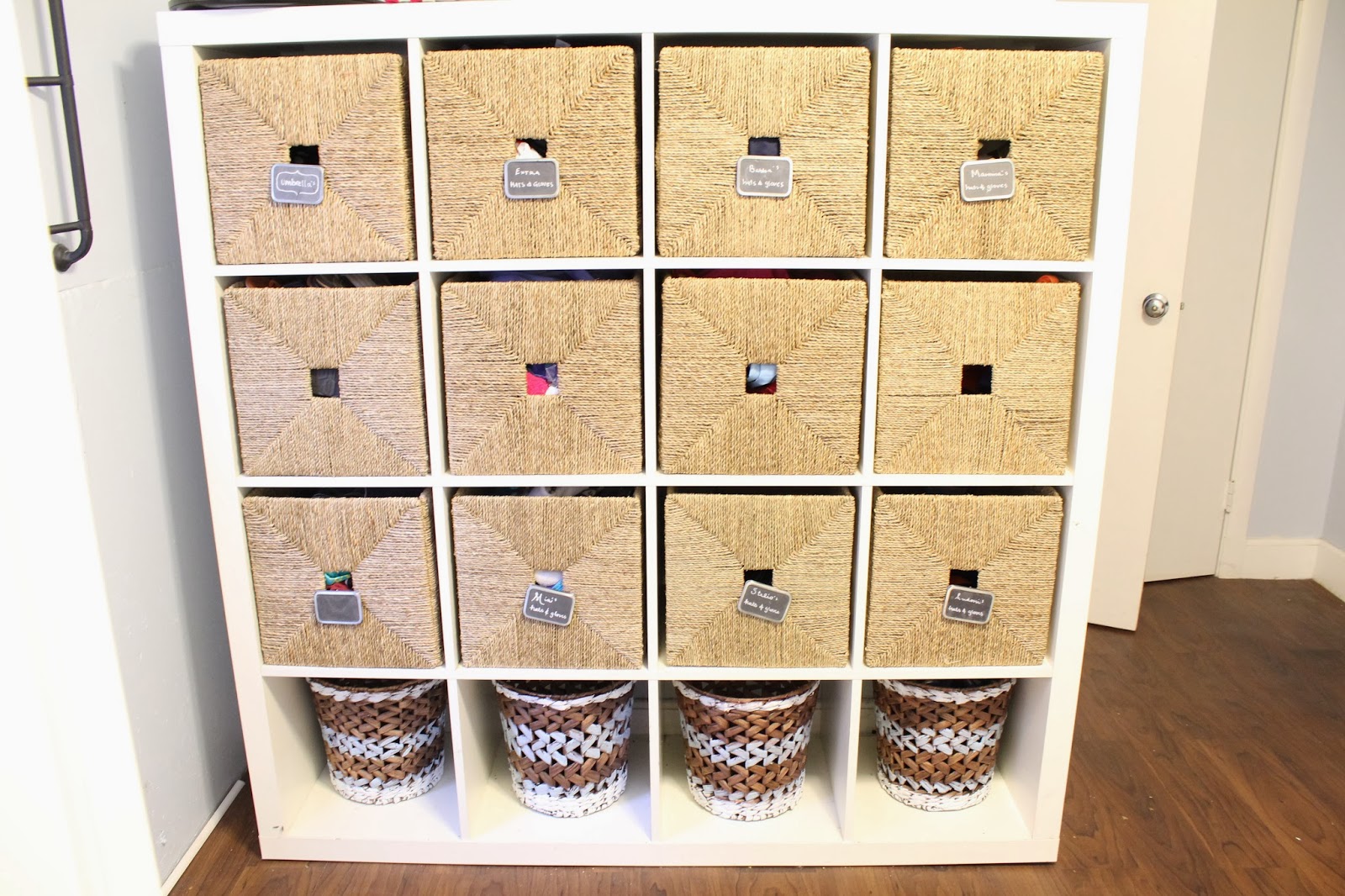 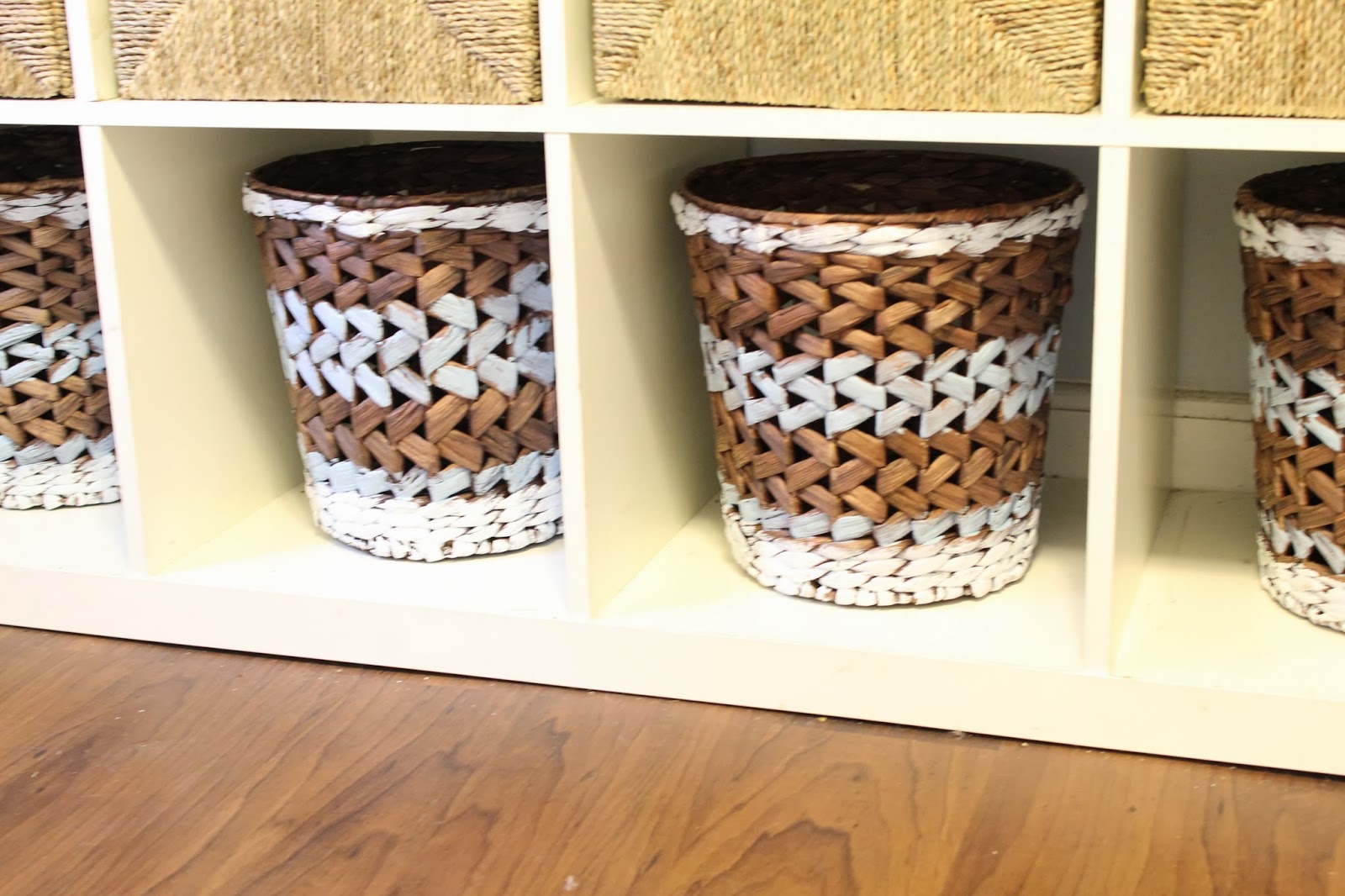 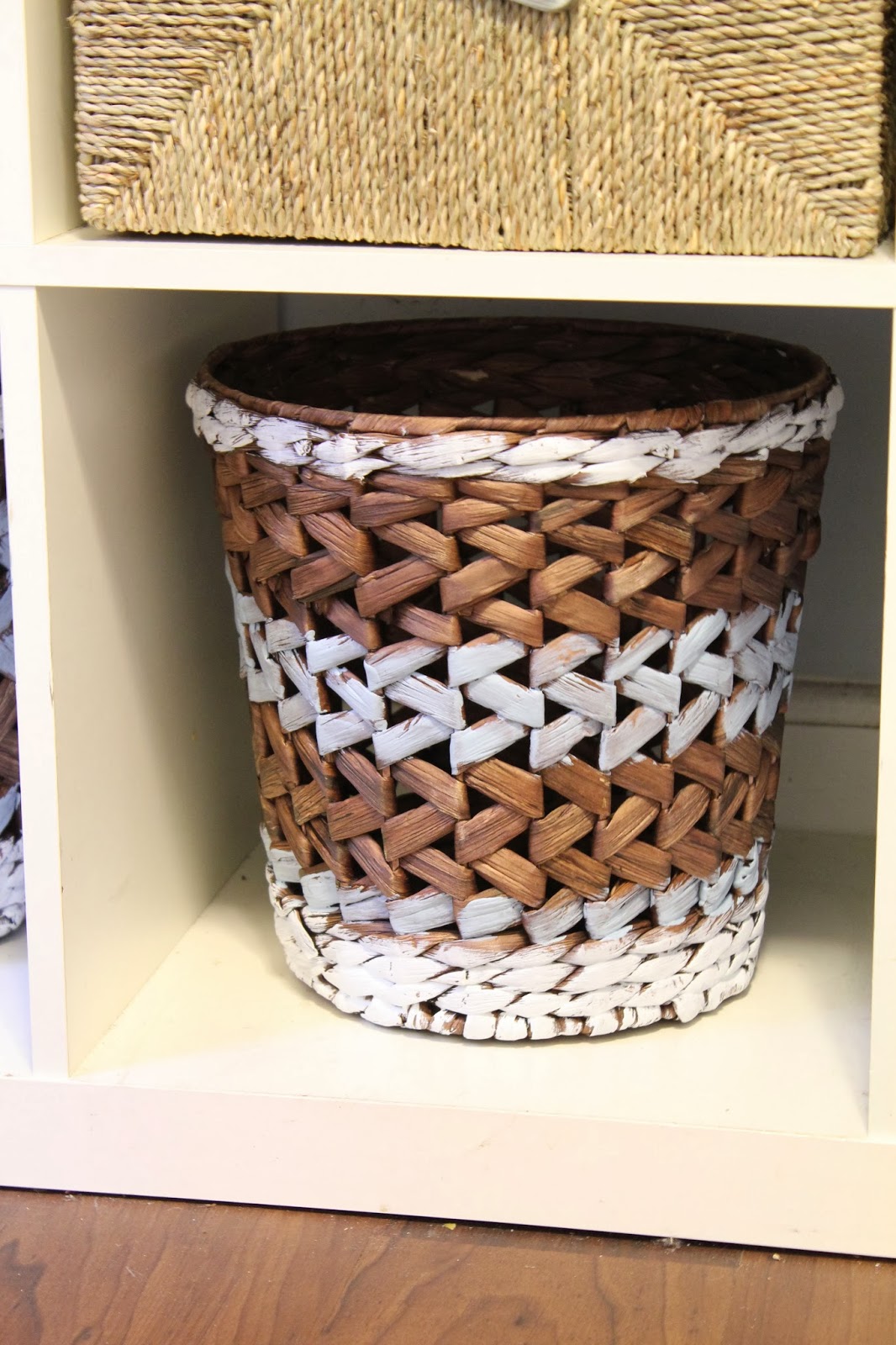 We are still getting used to this system so my kids do need to be reminded that their shoes go in the baskets. They are getting pretty good at it now so the only reminders I’m doing are to put the filled baskets into their cubby space. I’ll take that over a shoe explosion any day.