my television entertainment unit is a goner…

Over 12 years ago I bought a huge entertainment unit that housed our television with plenty of storage through both drawers and a side cabinet. At the time it was fantastic. Our previous home was larger than the one we are in now. It fit perfectly in a corner of our living room and I didn’t give it a second thought.
I haven’t been too happy with the size of this piece in our current home though. It limits what I can do in the living room. The television is forced to be along that particular wall since there is no other wall large enough to hold that piece. This forces us to put the sofa in the bay window area. Instead of enjoying the huge window we have we are forced to look at the television unit when sitting on the sofa. It sticks out from the wall by about 2 feet as well. Being that is it near a corner makes it all the more obvious. 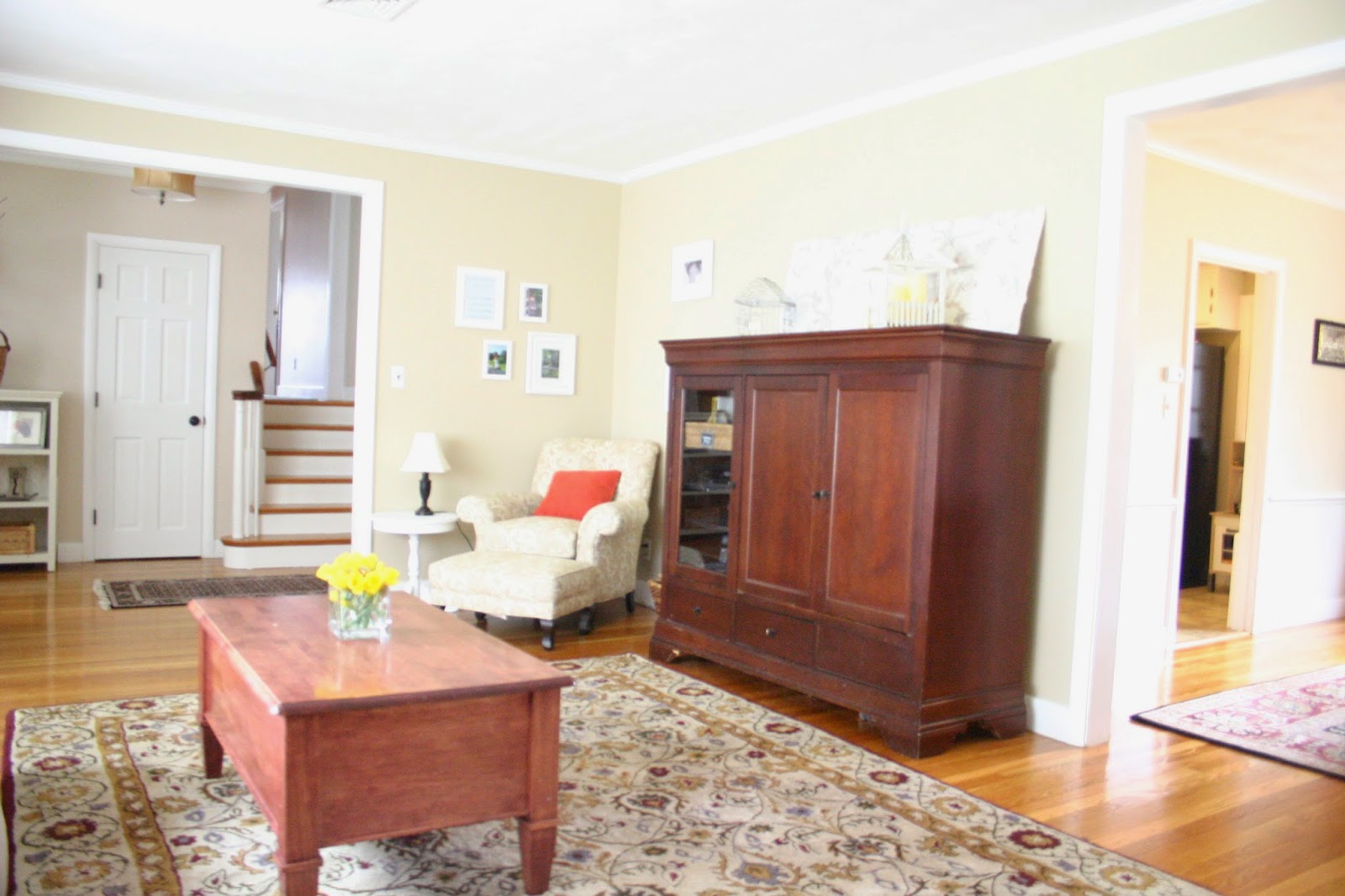 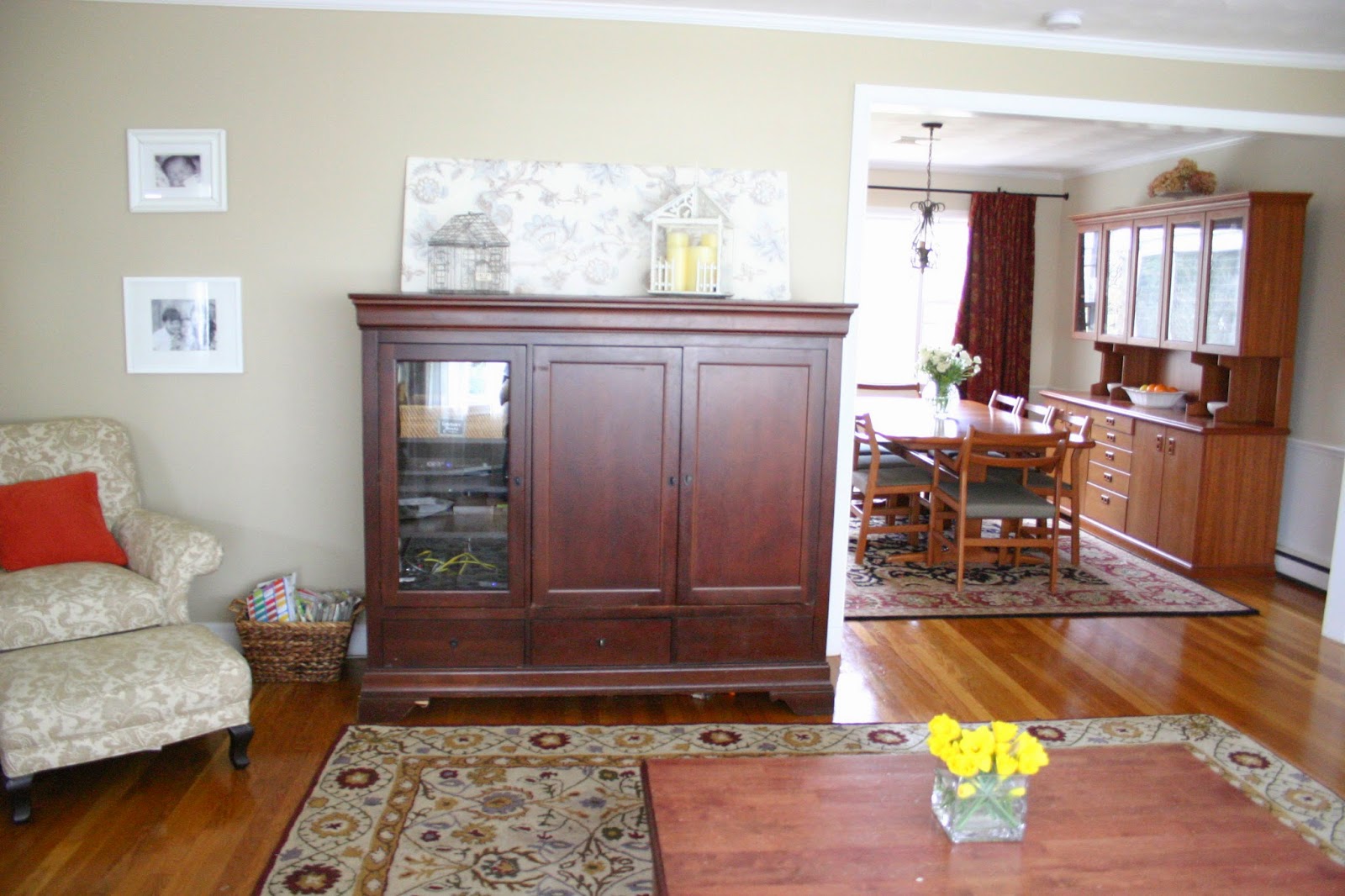 On the positive side this piece is great as far as storage and display are concerned. We then added the built in to the basement I was able to empty it out very easily and transfer all the dvd’s and cd’s downstairs. So basically the three drawers on the bottom have sat empty for quite a while. I’ve even tried selling it on Craigslist twice. No bites. I was also pretty sure that if someone did buy it on Cragislist they would come over to pick it up and immediately change their minds. The thing is huge and HEAVY! It takes at least two adults to lift it. As well as a U-Haul rental.
So I was basically stuck with a piece that was big and clunky, that was dictating the layout of my living room, and was looking tired.
Then one day I had a brilliant thought. I was in the beginning stages of a project in my kitchen as well as a project for my daughters room. One project would require me to buy some furniture, the other needed something built. I was sitting on the sofa (staring at the tv unit of course) and sketching in my idea book. I looked up at my tv unit and suddenly saw it in a whole new light. I’m not sharing any details yet but lets just say the tv unit is no more. Here is proof… 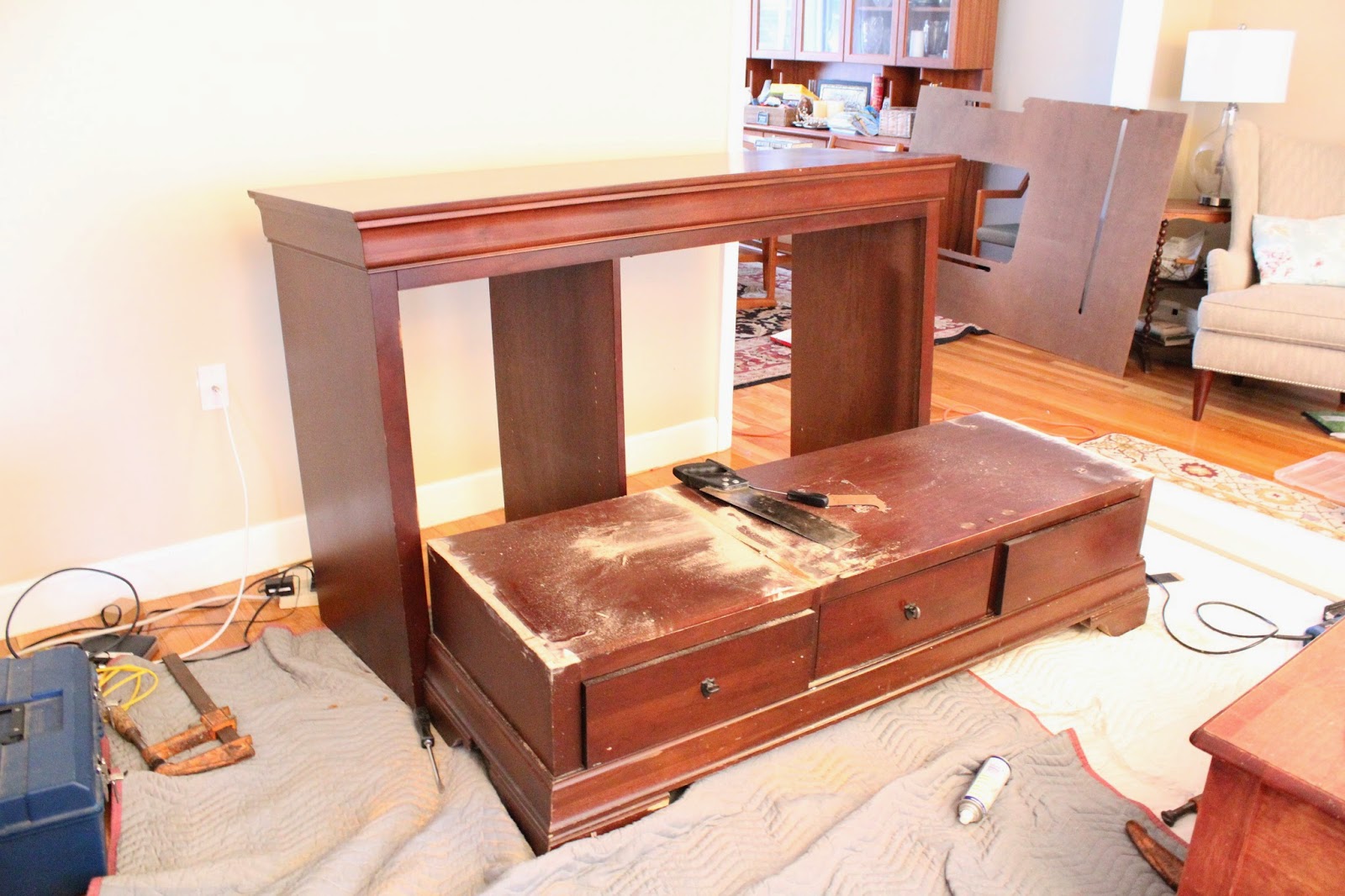