I struck gold on Sunday at the launching of The Shops At Target. Everything was a little spread out but I found what I was looking for. This was the only time I actually wished I had my kids with me so I could have told my 5 year old to run on ahead. This way I would have had to chase him down the aisle and would have made it to the Privet section faster than my adult legs are supposed to carry me.
I also found some unexpected surprises. As I was looking through the dish and place mat section I came across these napkins. 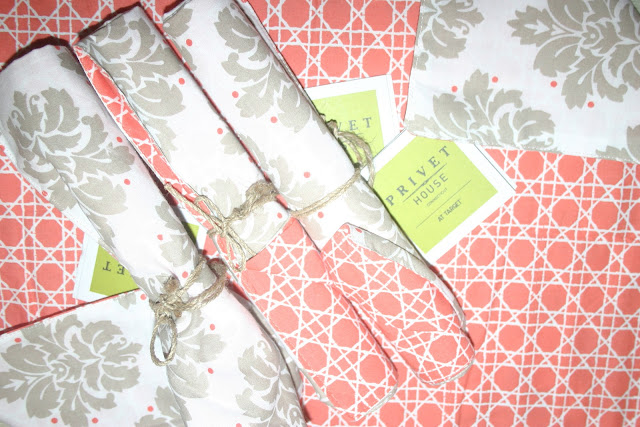 Double sided and square, not rectangular! I’ve always been on the lookout for double sided napkins that I could try opening up and stuffing like pillows. The only problem is that most napkins are rectangular, which is not the shape I want for my sofa. I grabbed four of these napkins, some polyester fiber stuffing and got to work. Nine year old girls make great helpers when stuffing a pillow!
After carefully making a one inch opening in one corner of the pillow (this will be hand sewn when finished), we stuffed until all the corner were full and there were no lumps. Beat the pillow up a bit to break up the stuffing. 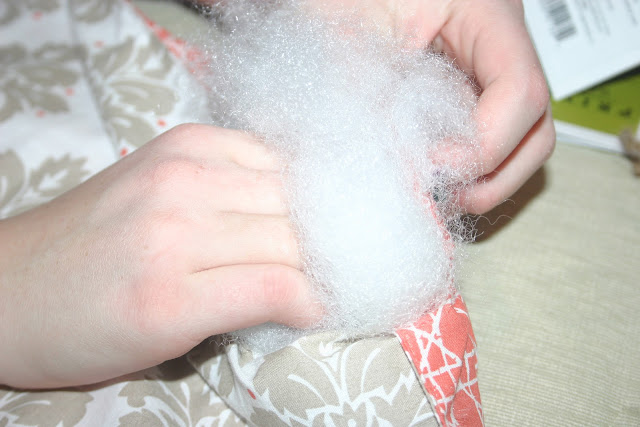 Once the pillow is filled carefully sew the opening shut. A double sided pillow in 15 minutes. One down, three to go! 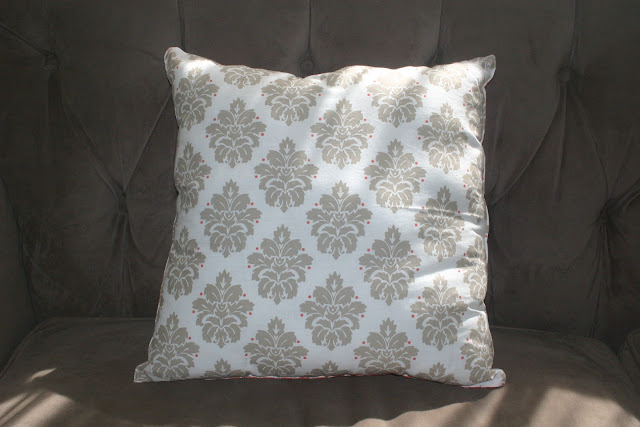 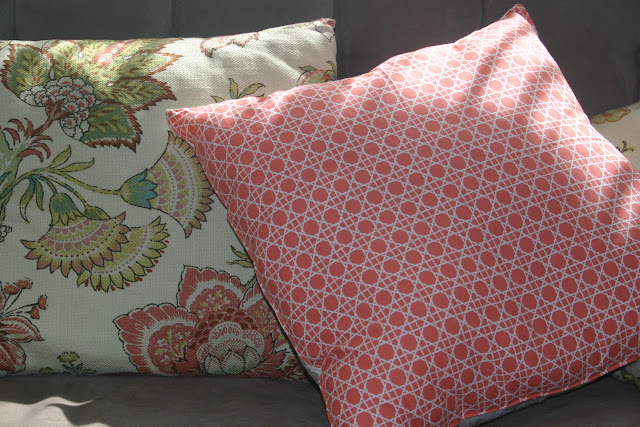 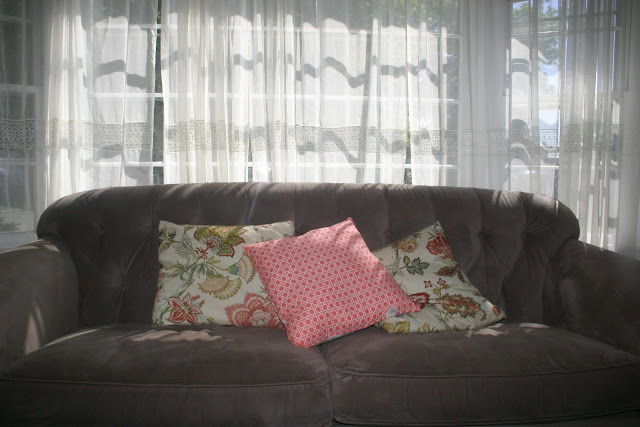