I recently did some rearranging. Not furniture this time, rugs. I had added a new rug to my sons’ shared bedroom which is the perfect rug for them. This meant the original circular rug there needed a new home. I’m great at rearranging furniture but I haven’t had too much opportunity to do it with my rugs. I haven’t purchased too many rugs. The ones I have purchased are still sitting in the rooms they were purchased for. I decided to try some rearranging and see if my rugs are set in stone or not.
So I started with the boys’ room and placed the new rug there. Done, looks great. 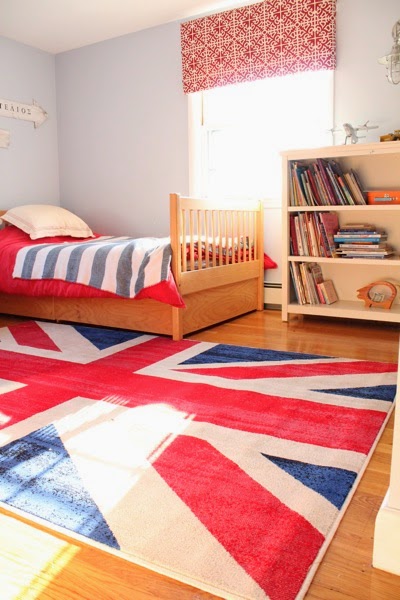 The circular red rug which I found at HomeGoods about four years ago made its’ way to the basement family room. I had a rug down there which I was happy to rearrange for a couple reasons. First of all it was a nice West Elm rug, the Jute Chenille Herringbone. That is reason enough to move it at least until my children are a bit older. Second of all, this is the space my children hang out in. They occasionally have be known to raid the basement pantry which means this rug has had lots of crumbs. It is easy to clean up but not ideal. They play on this rug, they dance to Just Dance on this rug, they challenge each other to boxing matches on the Wii on this rug. A lot is going on here. It looks beautiful but maybe just a little bit too beautiful for this room for now. The last reason is we have a dog. I don’t think I need to elaborate on what might have occurred on this rug once. Once was enough.

So the red rug was brought downstairs. It can take a beating. It will be the rug that sees all the basement action my kids (and even the dog)  have to dish out. It is a bit small for the space but it is perfect for now. 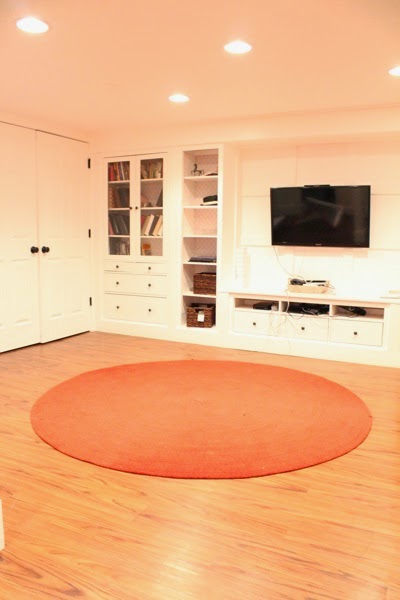 As for the West Elm rug. It has found a happy, safe and protected home in the master bedroom. 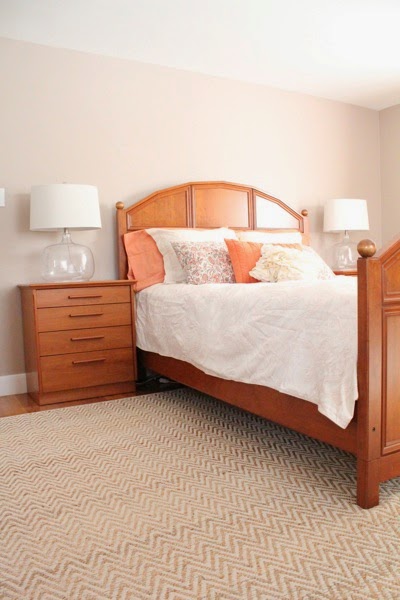