the banquette bench {building the back}

Now that my bench was ready it was time to create the back in order for it to become the banquette I’ve been planning all along. First up was building the frame for the back which would later be upholstered, connected to the bench and then mounted to the wall.
I took the measurements for the width and height of the back. I would be making a frame along the top and sides for a couple reasons. First of all my wall has a chair rail that I would not be removing. I needed to measure and notch out two sections on the side of the frame so that the back of the bench could fit directly over the chair rail. The second reason is that I would be installing a cleat on the wall. The frame along the top will then be attached to the cleat. This way I’ll never worry about the back moving or falling. The third reason is that I would be upholstering this piece and I wanted it to be substantial. A flat piece would have not made too much of an impression.
I measured out the width of my bench and then took off 3/4 of an inch to allow for the foam I’d be attaching under the fabric. I settled on 4 feet for the height. I wanted something high up on the wall. Plus I sat on a banquette at my local Starbucks and loved the height. I stood next to it and measured how tall it was on me, then came home and measured. Very scientific. 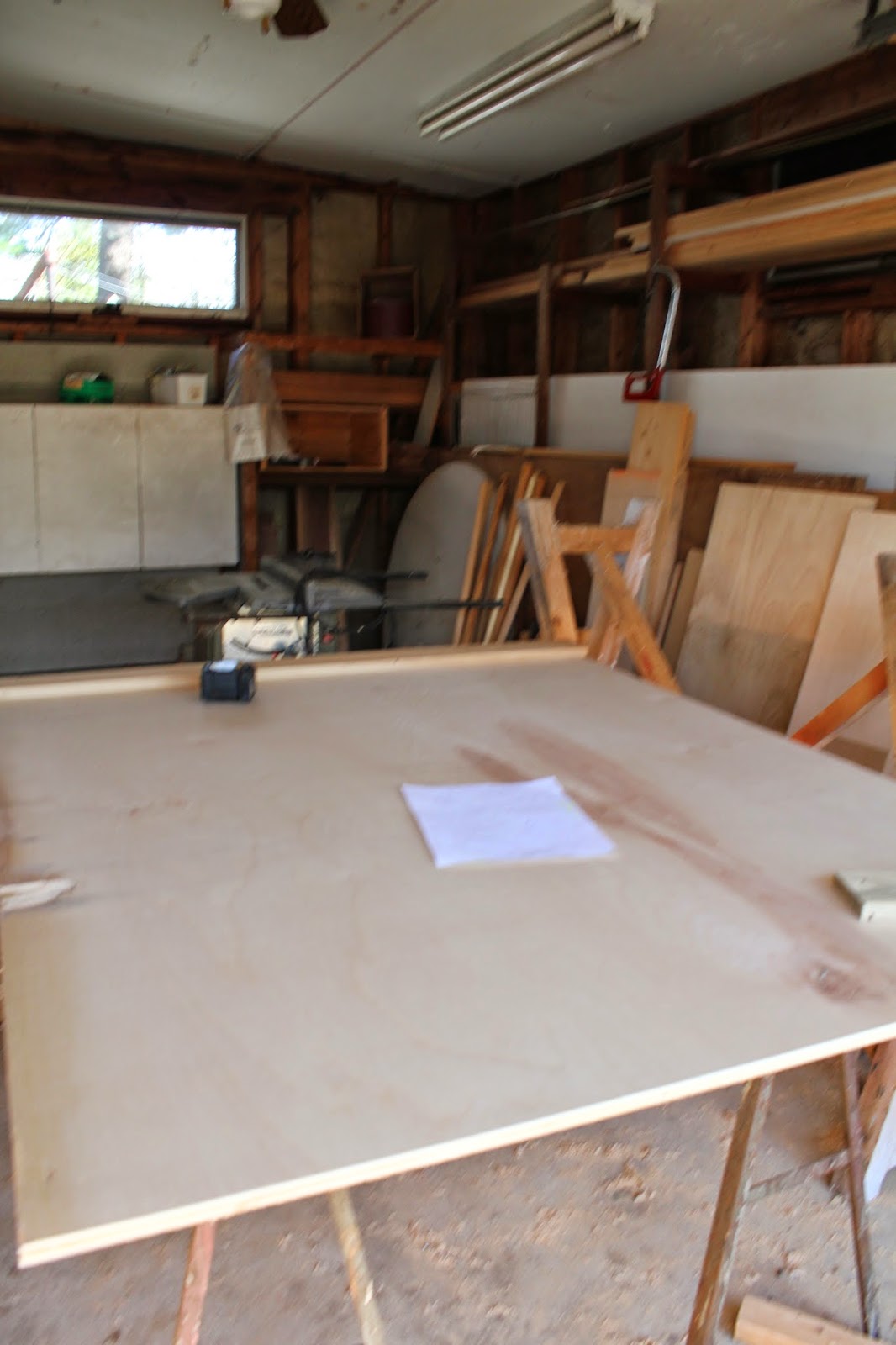 I then called in the experts on this part. My dad still has a lot of his tools from his days as a furniture designer and builder. I’d be using his tools to cut all the larger pieces. I could have had this done at Home Depot but since my dad helped with the logistics on this part I let him have some fun. The large piece was cut first. Probably the funniest part of this whole thing was helping my dad cut using the table saw. Once we were done I looked at him and said, “Probably never thought you’d be cutting wood with your daughter.” He just shook his head and smiled. I’m not sure if he loves my crazy ideas or just wants to be there to see if they really work.
Next we cut the three pieces of wood for the frame. We had the measurements for the notches we would need for either side. The two smaller cuts on each piece were first cut out with a miter saw. The longer cut was made with a chisel. 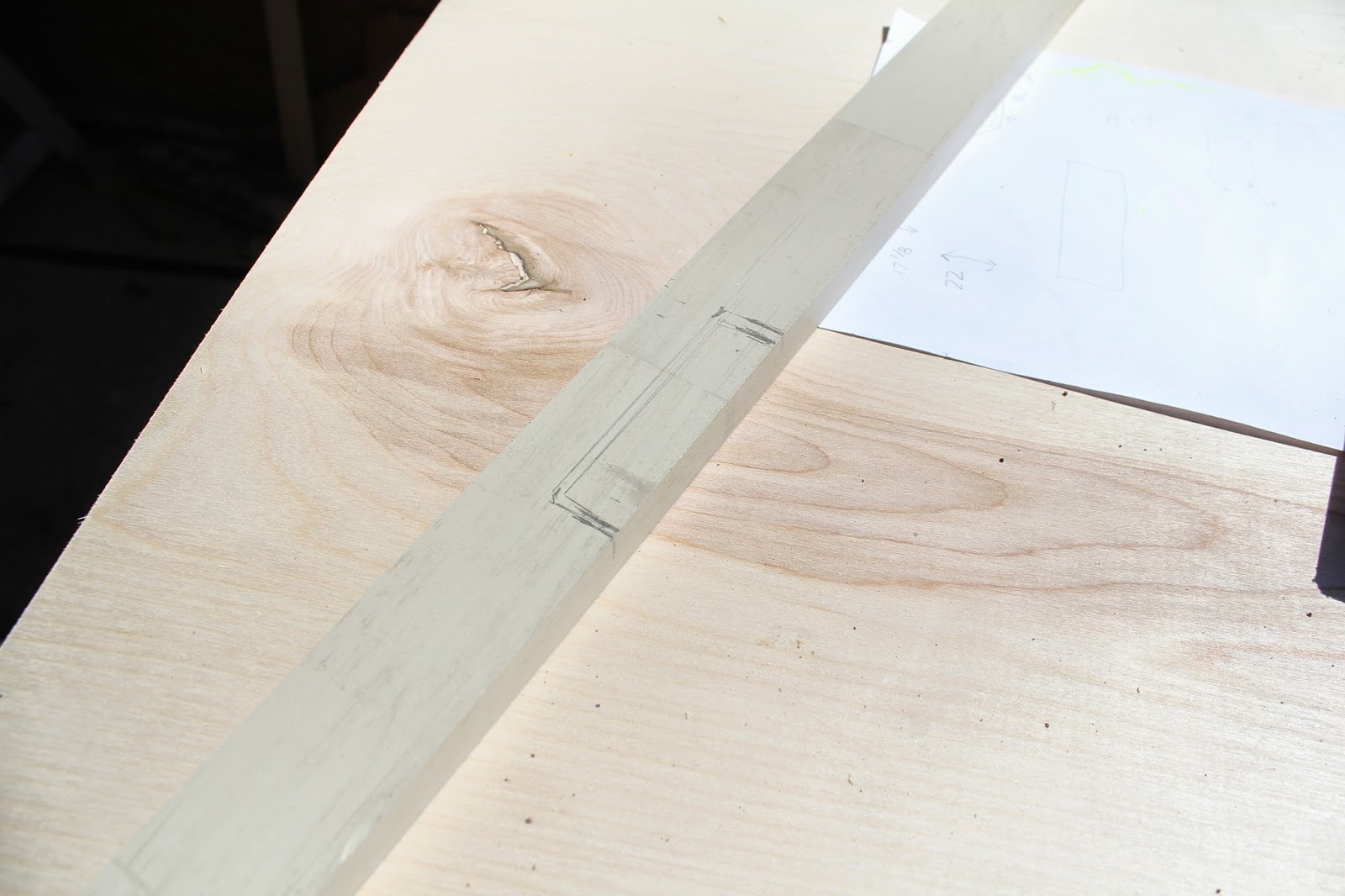 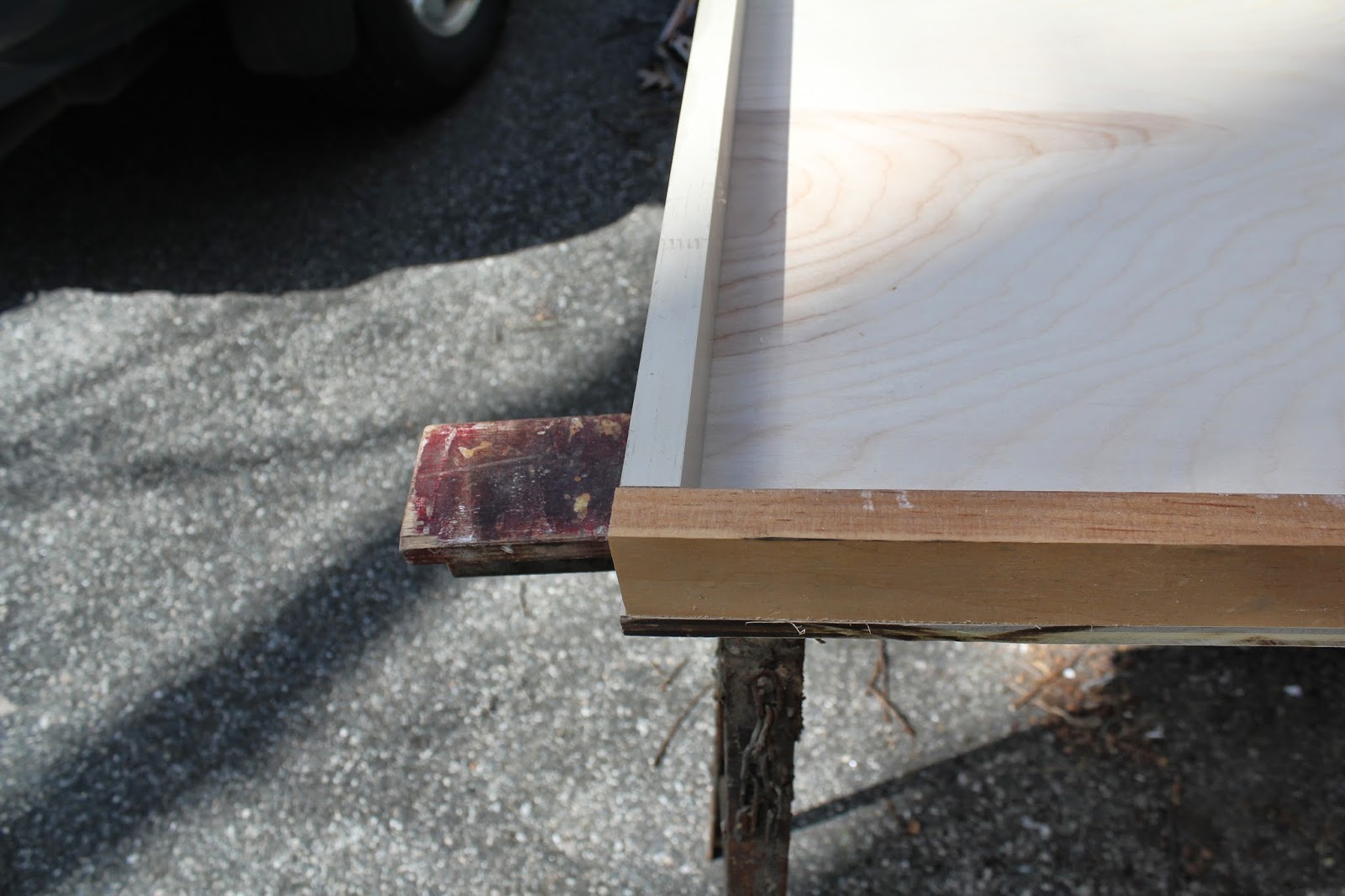 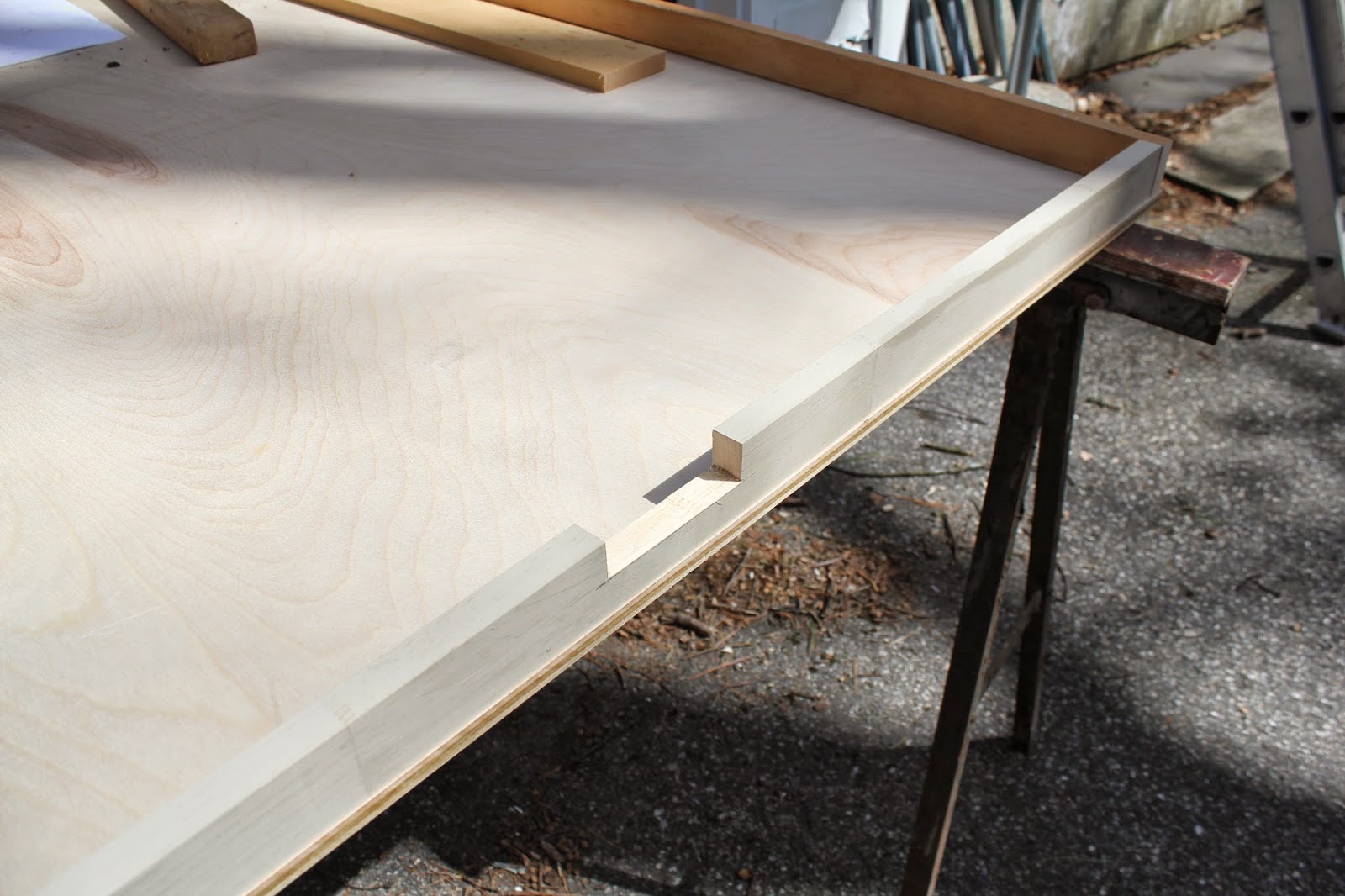 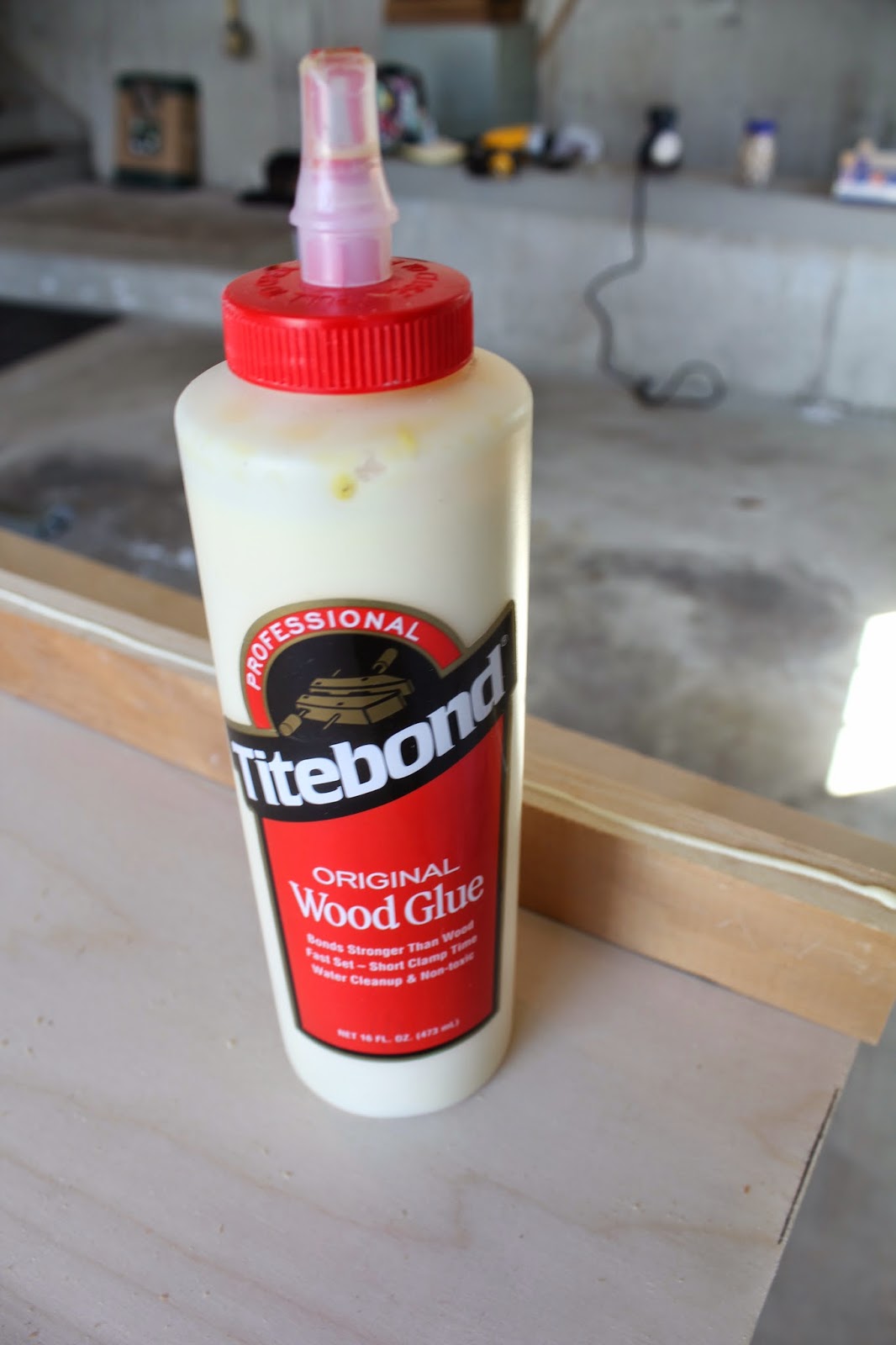 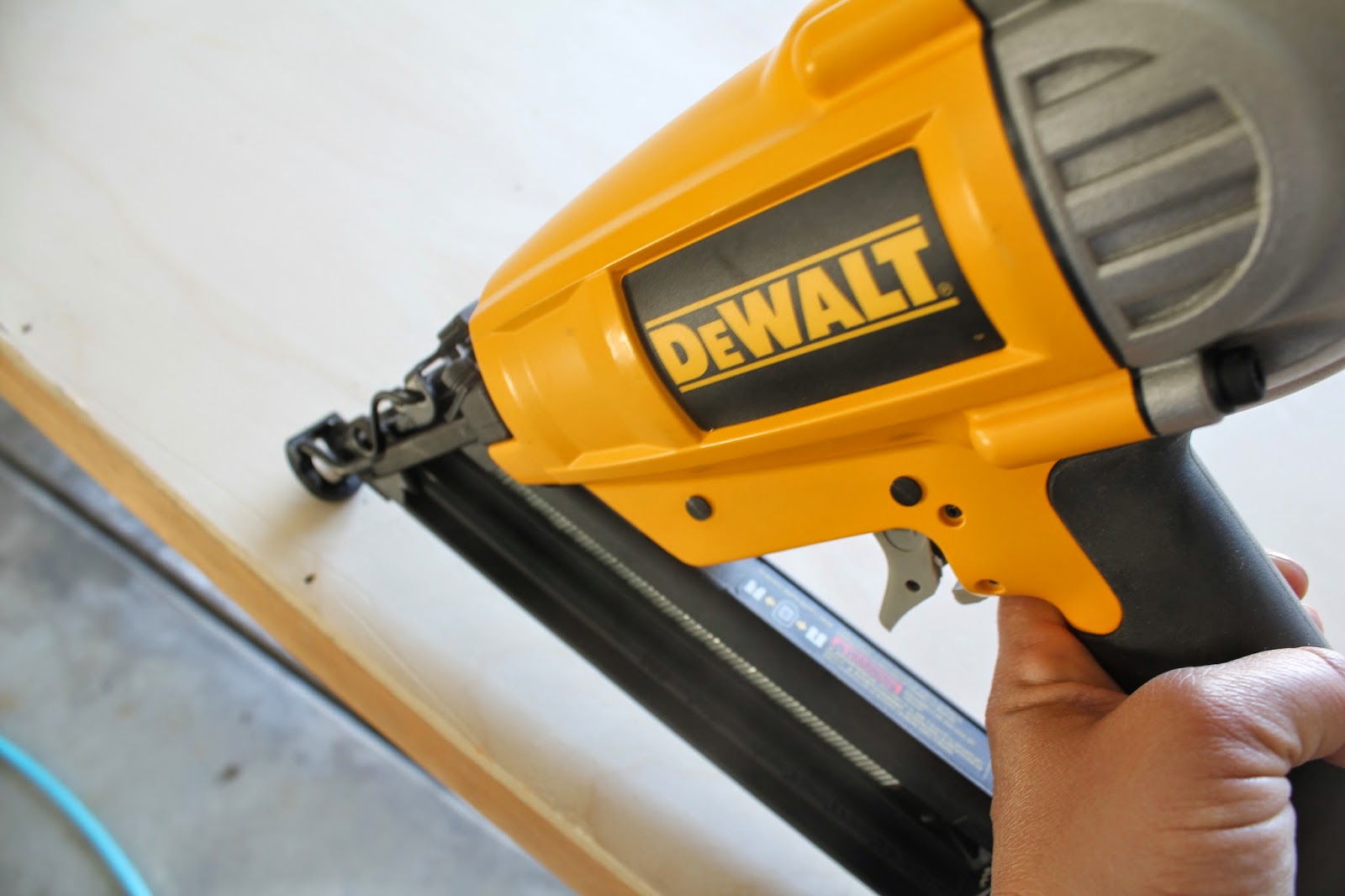 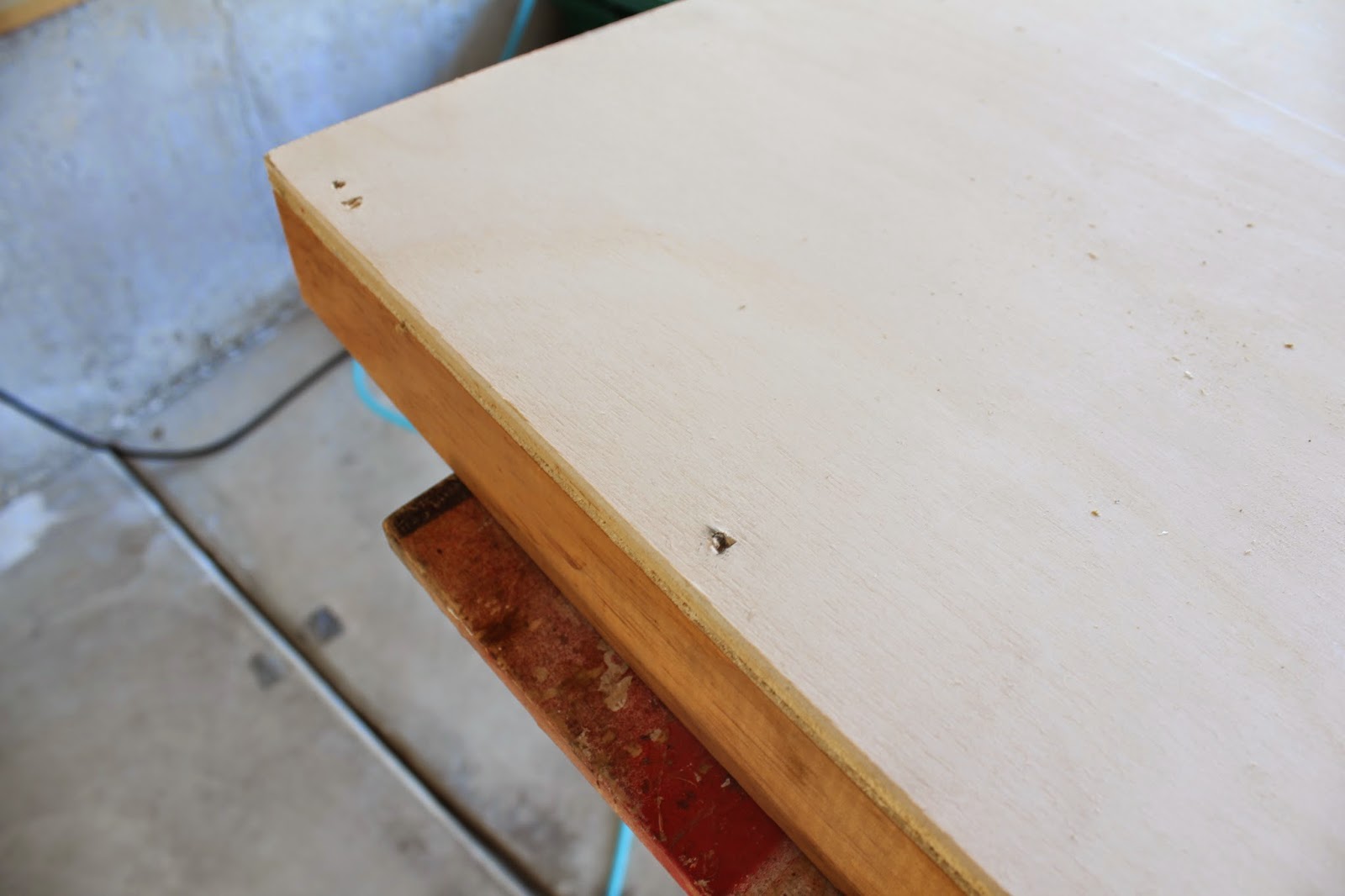 Once we were done we had a solid piece that was then brought back to my house for the foam and upholstering. This view is the back of the backboard from behind. You can see the notches where it will fit over the chair rail with enough room for foam padding and fabric. It does, I checked. 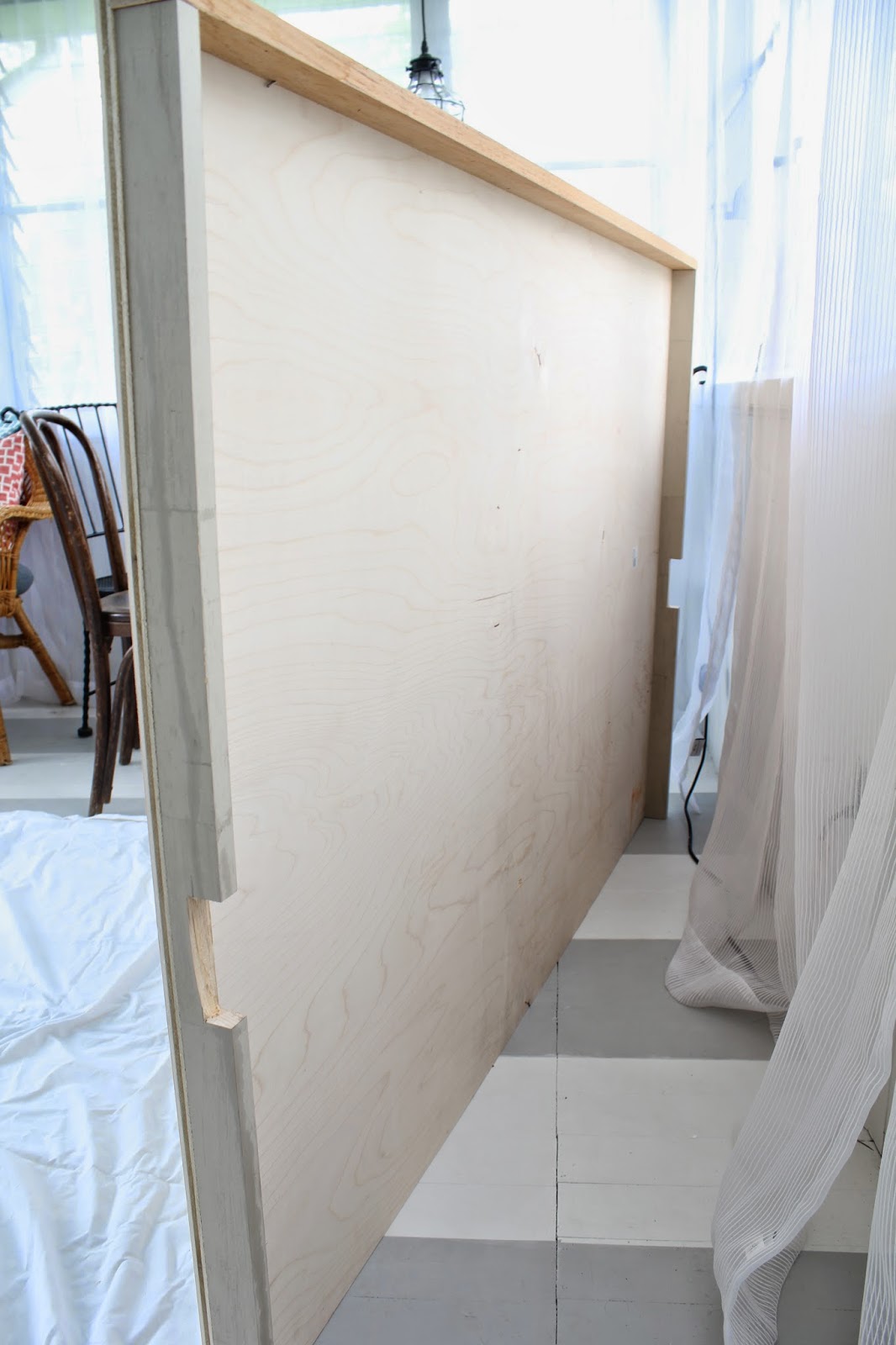 Just a couple more steps. Foam and upholstery are next!