the porch – not finished but still enjoyed…

I’ve been a little quiet about my porch project for a couple reasons. Well no, basically one reason. It’s been put on hold for a bit. Between unusually hot weather, then loads of rain, then end of school year chaos, as well as some surprise projects, the poor porch had to take a back seat. The ceiling was painted, the furniture was rescued or purchased, the ceiling fan and light fixture were updated, and that is when I stopped.
My middle child turned seven and yesterday was the family party. Even though the porch was not finished I decided to pretend it was. I pulled a rug out of retirement, threw it over my children’s graffiti on the floor and called it a party. 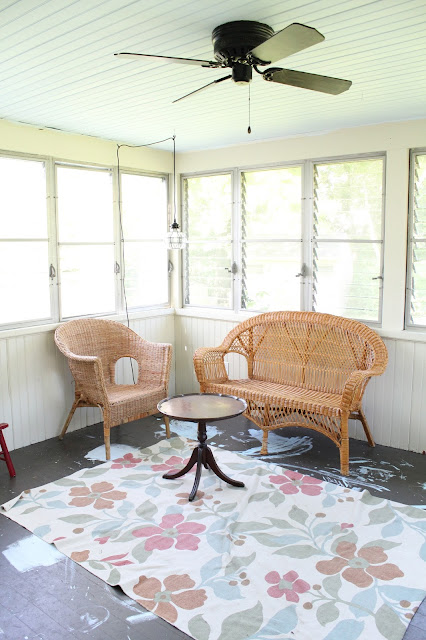 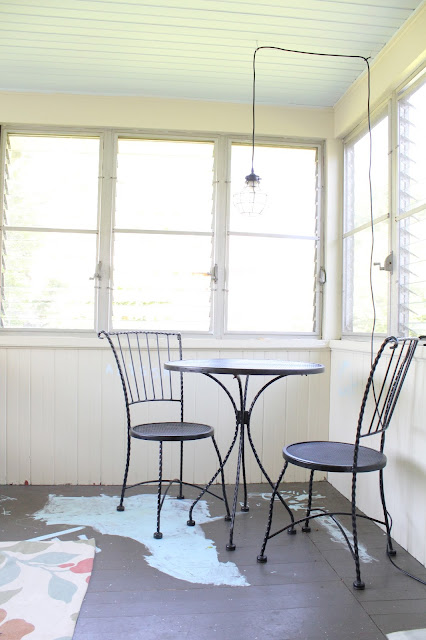 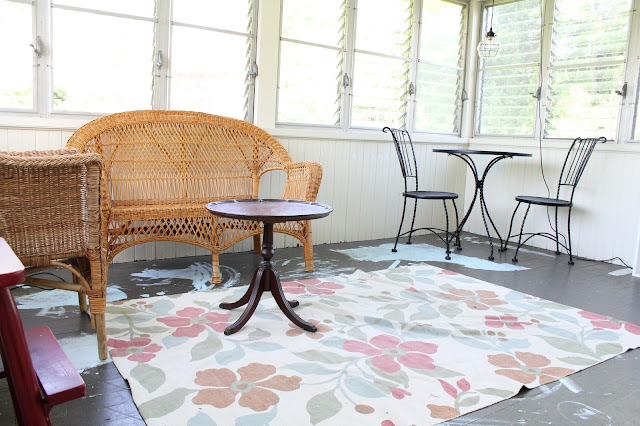 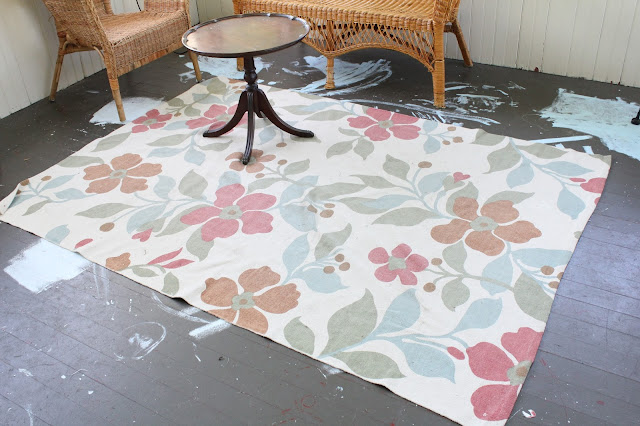 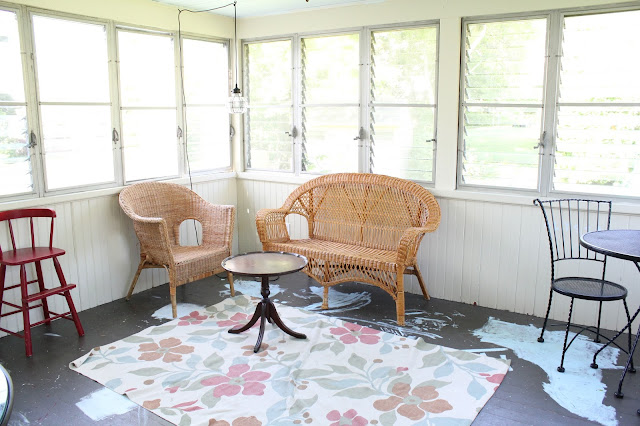 In the three years that we have lived in this home we have never enjoyed the porch as much as we did last night. Some guests chatted on the loveseat and chair. The younger girls claimed the bistro table for dinner and dessert. We played games, watched the kids in the yard and basically enjoyed our new room.
So what is left for this room? I still need to paint the walls and floors. I added some lighting already and will give some more information about that in another post. I’ll be painting some furniture, hanging some drapes, and then adding the finishing touches. Just in time for summer!